The move would spell an end to a rule mandating that tyres cannot be changed while fuel is being put into a car dating back to 1994, and also brings the WEC into line with the IMSA SportsCar Championship in North America.

The rulemakers are refusing to talk about the proposal, but it is clear the motivation is to make pitstops faster and more exciting.

The rule mandating that only two mechanics can be involved in the process of changing tyres at any one time will remain in place.

This was introduced for events under the control of the Le Mans-organising Automobile Club de l'Ouest in 2009 in order to slow pitstops to give an incentive to teams to change tyres less often.

New tyre allocations for this season in the WEC, limiting LMP1 and GTE Pro cars to four and a half sets for a six-hour race, have removed the raison d'etre of the rule.

The pitstop rules revamp idea, formulated in the sporting rules working group, appears to have the support of the teams.

Sam Hignett, whose Jota Sport operation runs the Jackie Chan DC Racing LMP2 ORECA, told Autosport: "This is something I have been pushing for, because it will definitely make pitstops more exciting." 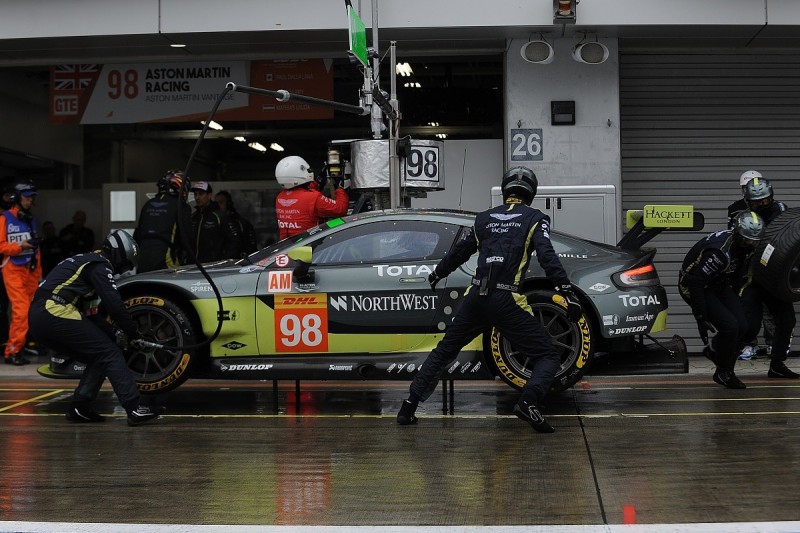 He also pointed out that it would also make pitstops safer because it will be relatively straightforward for the tyres to be changed within the time it takes for a tankful of fuel to go into the car.

"The present format of the stops is very arduous on the guys; we get a lot of pulled muscles, for example," he explained.

Aston Martin Racing's John Gaw questioned whether it would make the stops safer, but suggested that it would have a benefit because teams will stop investing in equipment to save time during tyre changes.

The plan is one of a number of ideas and proposals for the WEC that will go before the next meeting of the FIA World Motor Sport Council on December 6.