Thomas Laurent, the 'silver' driver who came close to an outright Le Mans 24 Hours victory with an LMP2 team, has been recategorised for the 2018/19 World Endurance Championship

The 19-year-old Frenchman was recruited by the Jota-run Jackie Chan DC Racing squad this season to act as the silver-rated driver alongside Ho-Pin Tung and Oliver Jarvis.

LMP2 teams have to run one silver-rated driver in a rule designed to ensure they field 'gentleman' racers.

But some have been able to take advantage of young drivers such as Laurent, who moved from karting into LMP3 in 2016 before being picked up by Jota, having silver status.

In the latest version of the FIA drivers ratings list, released on Monday, Laurent is one of a number of LMP2 drivers promoted from silver to gold status.

Others include Signatech Alpine's Andre Negrao and G-Drive Racing's European Le Mans Series champion Leo Roussel, who are no longer eligible to act as their team's respective silver drivers.

Russian pair Egor Orudzhev and Matevos Isaakyan, winners of the Paul Ricard ELMS round in an SMP Racing Dallara, have likewise been upgraded to gold, as well as Le Mans 24 Hours GTE-Am winner Dries Vanthoor.

Going in the opposite direction are nine-time Le Mans winner Tom Kristensen and three-time Formula 1 race winner Heinz-Harald Frentzen, who both turned 50 this year. 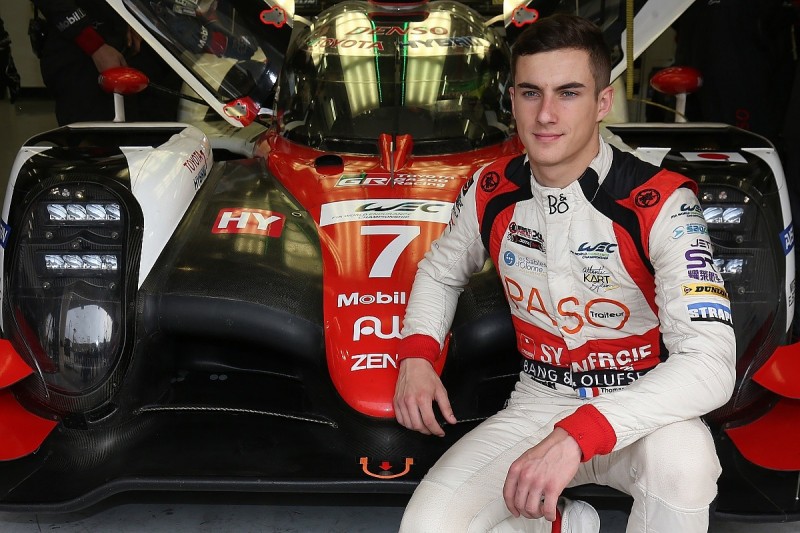 After the disappointment of losing out on the LMP2 title to Rebellion Racing pair Bruno Senna and Julien Canal in Saturday's Bahrain WEC finale, Laurent had the chance to sample a Toyota LMP1 car during the following day's rookie test.

"It's a dream come true," said Laurent of his experience in the Toyota. "The car is just amazing, the downforce, the braking. It's just impressive.

"It was just a dream. I still can't believe it. I hope I will drive a prototype like that in the future, for sure."