Andre Negrao feels a third-place finish is the best Alpine can aim for in this Sunday’s World Endurance Championship race at Fuji after trailing Toyota in Friday's two practice sessions.

Toyota dominated the two 90-minute sessions on its home turf ahead of the penultimate race of the 2022 WEC season, locking out the top two spots with its pair of GR010 HYBRID LMH cars.

The sole Alpine A480-Gibson had no answer to Toyota’s speed on Friday and ended up 1.4 seconds down on the pacesetting #7 car in FP2 - and also failed to beat the best of the Peugeot 9X8s earlier in the morning session.

It followed a major Balance of Performance change for the first WEC event in Japan in three years, which has granted both Toyota and Peugeot a weight reduction while taking away 39bhp from Alpine’s Gibson engine.

With the cutback in engine power expected to hurt Alpine on Fuji’s long start/finish straight, Negrao fears the French marque has no chance against the two Toyotas and must turn its attention to beating Peugeot to secure the best-of-the-rest spot.

“We knew since we won at Monza that the BoP would change, and that it would be much more difficult for us,” Negrao told Autosport.

“We try to be as close to Toyota as possible to keep the fight open until Bahrain, this is the main mission.

“But now we have Peugeot as well, it will be hard to follow them as well. 40bhp [drop] is a lot.

“Here there is a big straight, so we’ve lost out here, and also sector two is quite high speed, so it’s quite difficult. 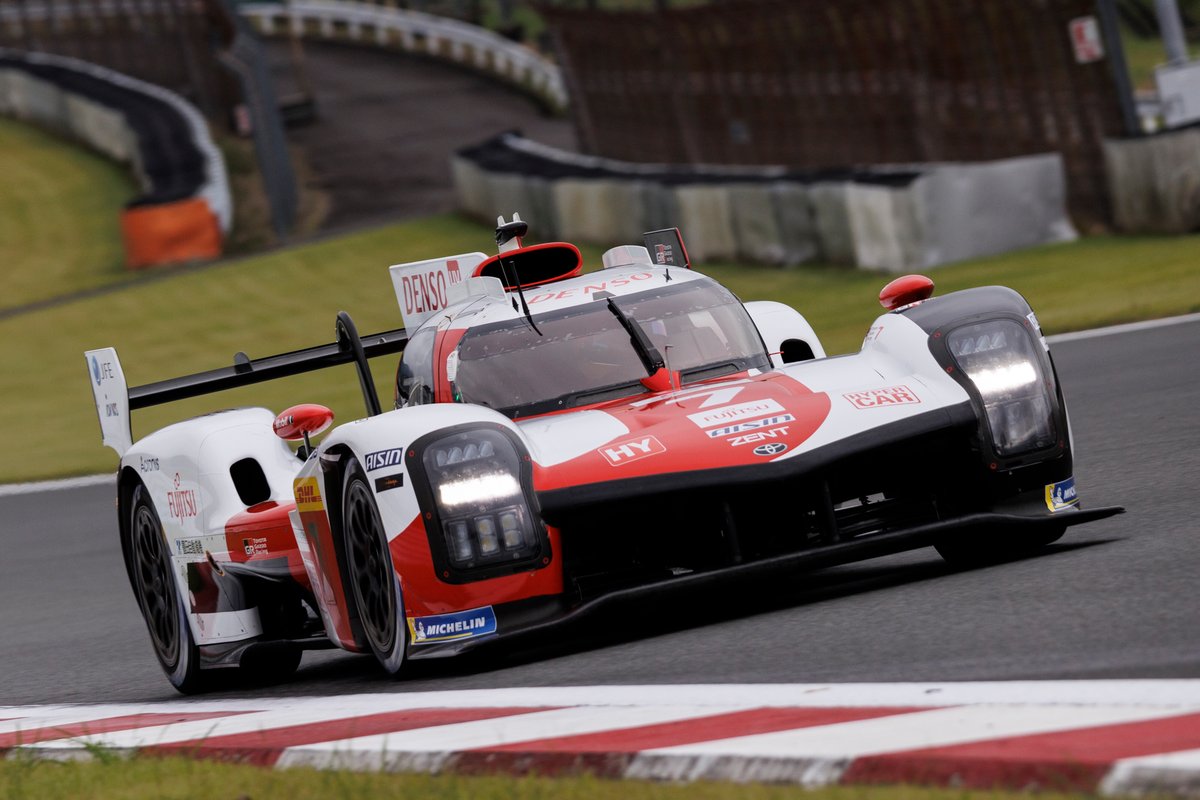 “It’s a six-hour race, a lot can happen, but if it’s a normal race and nothing happens [to Toyota], the best we can hope for is P3. Also now we have Peugeot that can take away points from us.”

Alpine trio Negrao, Nicolas Lapierre and Matthieu Vaxievere sit at the top of the drivers’ standings on 106 points following their second victory of the season at Monza in July, 10 points clear of Le Mans 24 Hours victors Brendon Hartley, Ryo Hirakawa and Sebastien Buemi in the #8 Toyota.

The second of the two GR010 HYBRIDs, the #7 entry piloted by Kamui Kobayashi, Jose Maria Lopez and Mike Conway, retired from the Sebring opener won by Alpine and sits 30 points off the lead with little possibility of defending its 2021 crown.

With Alpine's chances of a victory at Fuji appearing slim, Negrao hopes that the outfit doesn’t lose too much ground in Japan to remain in the title hunt in Bahrain, where 38 points will be awarded to the winning crew instead of the usual 25.

Asked if he will be confident of securing the title if Alpine goes to the Bahrain finale level on points with the Toyota, Negrao said: “It’s down to the FIA and the ACO and whether they want to see a proper fight.

“They have to give us a ‘normal’ BoP. We can’t fight if we are 40bhp less than Toyota. Here in Japan, at Toyota’s home track, we were expecting it. But 40bhp is a lot.

“But if we arrive in Bahrain level on points, then I think we can still win the championship.

“It’s 38 points [for a win], it’s eight hours, but we have to do a good race here to make sure we can see some light at the end of the tunnel.”