Toyota maintained its position at the head of the leaderboard in second practice for this weekend's Fuji round of the World Endurance Championship.

The Japanese marque once again locked out the top two places in an incident-free 90-minute session on Friday afternoon, with Kamui Kobayashi setting the fastest time aboard the #7 Toyota GR010 HYBRID.

Kobayashi set what proved to be the benchmark time of 1m29.948s at the start of the session, going more than a second quicker than Sebastien Buemi had managed in the sister #8 Toyota in the morning.

Brendon Hartley was 0.225s off Kobayashi's pace in the #8 machine, which is Toyota's better-placed car in the drivers' standings.

The quicker of Peugeot's two new 9X8 Le Mans Hypercars, the #94 car, was third-fastest in the hands of Loic Duval.

His best time of 1m31.194s was three tenths quicker than either Peugeot had managed in FP1, but left the French marque 1.246s away from the top spot.

The points-leading Alpine A480 grandfathered LMP1 car was fourth-fastest in the hands of Nicolas Lapierre, 1.414s off the pace, followed by the #93 Peugeot in which Jean-Eric Vergne set the best time.

Jota's pair of ORECA 07s topped the LMP2 division, with Antonio Felix da Costa's early effort of 1m32.351s putting the points-leading #38 car at the head of the order.

The sister #28 car of Ed Jones was just 0.142s back in second, followed by the best of the United Autosports ORECAs, the #22 car, in the hands of Filipe Albuquerque.

Nicklas Nielsen put the Pro/Am AF Corse ORECA fourth-fastest ahead of the WRT ORECA of Robin Frijns in fifth. 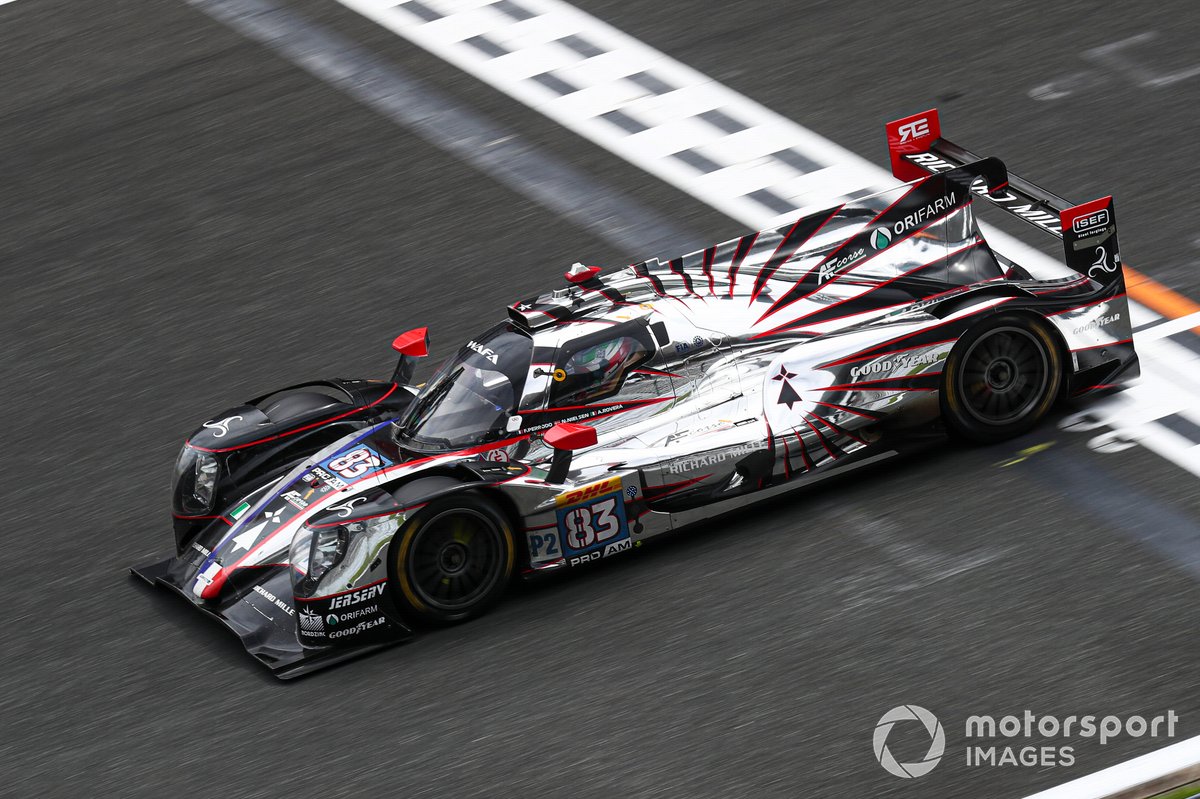 Ferrari maintained the advantage in GTE Pro as the #51 488 GTE Evo once again topped the class.

The #92 Porsche was third-fastest with Kevin Estre at the wheel, followed by the #52 Ferrari of Miguel Molina and the solo Corvette C8.R of Tommy Milner, who ended up 0.769s off the pace.

Iron Dames Ferrari driver Michelle Gatting was fastest in GTE Am on a 1m39.170s, which was 0.015s faster than both the sister Iron Lynx Ferrari of ex-Formula 1 racer Giancarlo Fisichella and the TF Sport Aston Martin Vantage GTE of Marco Sorensen, which set identical times.

Practice for the 6 Hours of Fuji continues on Saturday morning at 10.20am local time (GMT +9) ahead of qualifying at 2.40pm.