Toyota maintained its grip on the top spot in the times during final free practice for Sunday’s Fuji 6 Hours round of the FIA World Endurance Championship.

Brendon Hartley set the fastest lap of the weekend so far at the start of the one-hour FP3 session aboard the #8 Toyota GR010 Hybrid with a qualification simulation on new tyres.

Kamui Kobayashi, who had been fastest in second practice on Friday, brought up the rear of the Hypercar class in the #7 Toyota with a 1m31.532s and is believed not to have undertaken a qualifying sim during the session.

Antonio Felix da Costa led the LMP2 division for JOTA with a 1m31.822s aboard the best of the British team’s pair of ORECA 07s.

The second-placed Vector Sport ORECA was three tenths back on a 1m32.157s from Sebastien Bourdais, while WRT’s lead entry took was just four hundredths behind on a 1m32.194s set by Robin Frijns.

Charles Milesi was a similar margin back in fourth in the Signatech-run Richard Mille Racing ORECA, while the second JOTA entry took fifth in Ed Jones’s hands. 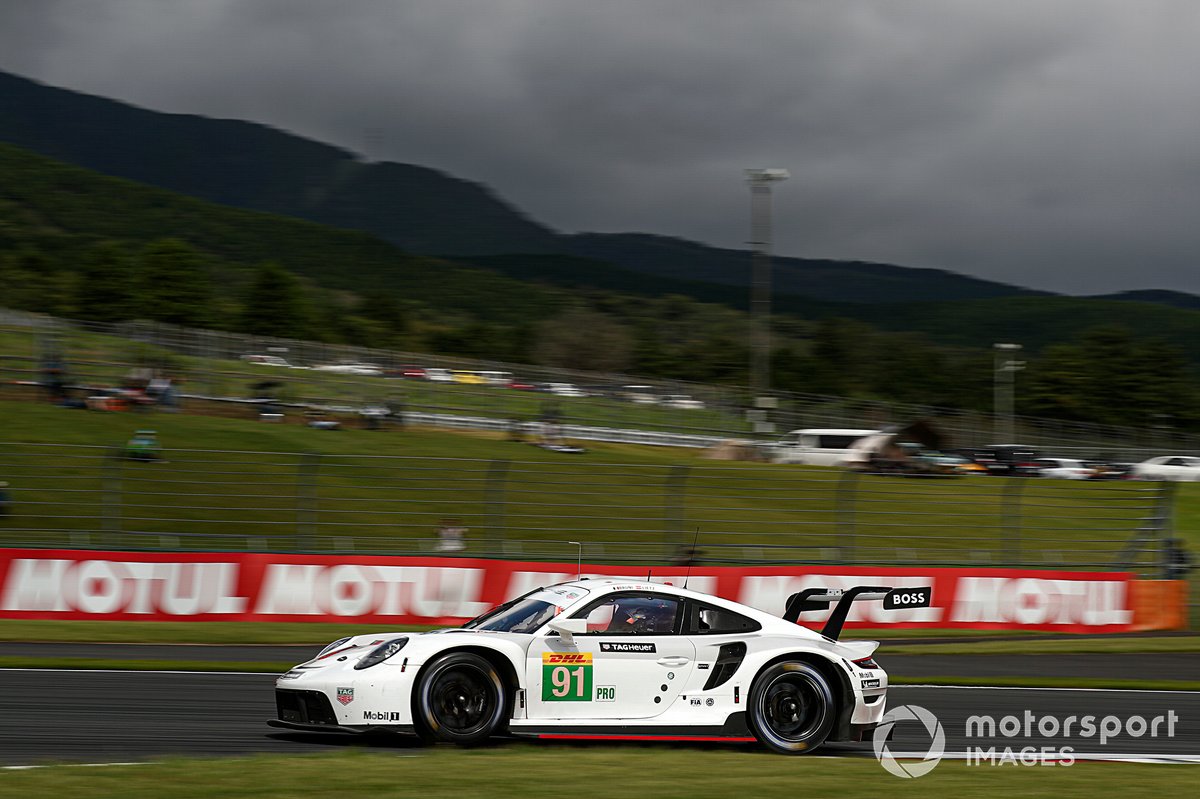 Porsche knocked Ferrari off the top of the timesheets in GTE Pro for the first time this weekend.

Corvette Racing again edged closer to the pace following the Balance of Performance hit it received ahead of this race. A 1m37.372s from Nick Tandy left the solo Corvette C8.R only six tenths off the pace.

The second Porsche brought up the rear of the GTE Pro class, Michael Christensen ending up on 1m37.697s.

The Project 1 Porsche team blocked out the top two positions in GTE Am.

Ben Barnicoat was fastest in the 911 run in conjunction with Inception Racing on a 1m38.801s, which was just six hundredths fastest than Matteo Cairoli in the sister car.