Jose Maria Lopez went fastest in the 60-minute session with a 1m38.969 seconds lap aboard the #7 Toyota TS050 HYBRID.

That was three-tenths slower than the fastest lap of the weekend so far for Porsche, set by Brendon Hartley, in Friday's second practice period.

Lopez's time was just under half a second faster than the second Toyota in which Kazuki Nakajima posted a lm39.396s right at the start of the session.

Porsche filled out third and fourth with its pair of high-downforce 919 Hybrids, with Timo Bernhard's 1m40.635s just edging out Neel Jani's 1m40.767s in the sister car.

The Anglo-Swiss Rebellion team was quickest in LMP2 for the second time in practice for this weekend with Bruno Senna.

The Brazilian posted a 1m46.017s at the end of the session in the team's #31 ORECA-Gibson 07, which missed the second period of practice on Friday afternoon.

Senna's time put him a couple of tenths up on Nelson Panciatici in the best of the Signatech Alpine OREACs, which ended up on a 1m46.221s. 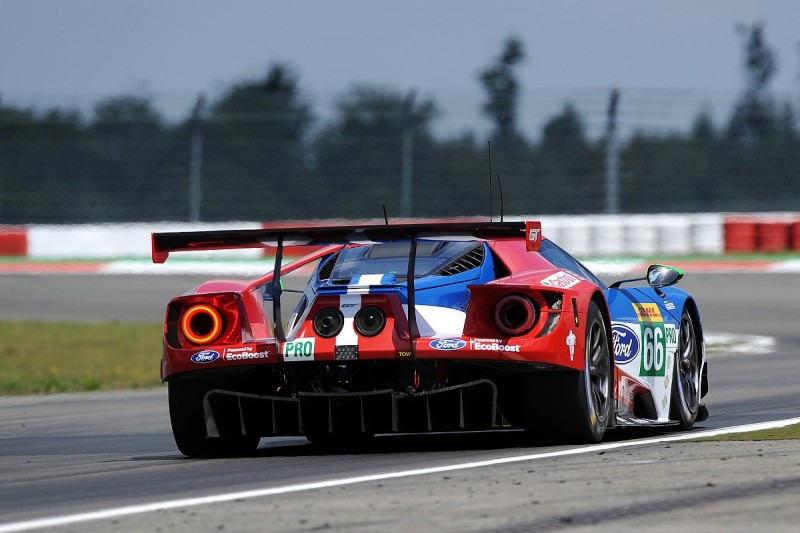 Ford claimed top spot in GTE Pro courtesy of a 1m54.585s from Olivier Pla in the best of the Ganassi Ford GTs.

That was nearly four-tenths quicker than second-place Davide Rigon in the #71 AF Corse Ferrari 488 GTE.

Matteo Cairoli was fastest in GTE Am for the Dempsey Proton Porsche team.