Brendon Hartley topped the times in the best of the Porsche 919 Hybrids early on in a 90-minute session interrupted by a short red-flag stoppage and light rain.

Anthony Davidson was just behind in the best of the Toyota TS050 HYBRIDs on a 1m39.773s.

The second Toyota was nearly two seconds in arrears in Kamui Kobayashi's hands.

The G-Racing team led the way in LMP2 with a 1m47.188s from Ben Hanley, who is driving the team's ORECA-Gibson 07 in place of Alex Lynn this weekend.

Rebellion took second in class thanks to a 1m47.410s from Mathias Beche. 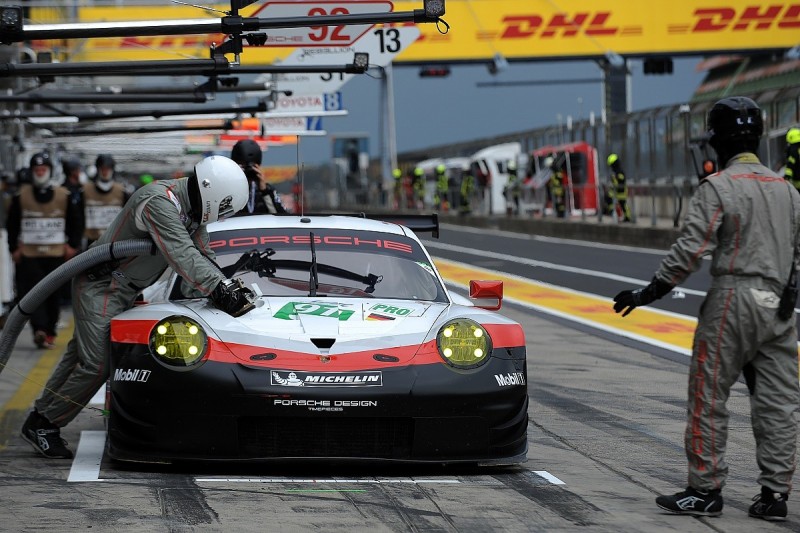 The four GTE Pro manufacturers shared out the top positions in class.

Porsche was quickest with a 1m56.244s from Frederic Makowiecki, which put him almost exactly a tenth up on Aston Martin driver Nicki Thiim.

Ferrari took third in the second session times with Alessandro Pier Guidi on a 1m56.766s, while Stefan Mucke was fourth for Ford.

Miguel Molina was quickest in GTE Am for the AF Corse-run Spirit of Race Ferrari team.