Alpine will try to upset Toyota in "open" WEC showdown

Nicolas Lapierre hopes Alpine can have an “open race” with Toyota in this weekend’s Bahrain World Endurance Championship finale as it bids to beat the Japanese manufacturer to the title.

Alpine and Toyota go head-to-head for the Hypercar class title in the Bahrain 8 Hours this Saturday, with the #36 and #8 crews level on points after the opening five rounds of the season.

Toyota has been unbeaten in the WEC following the departure of Porsche from the top class in 2018, securing three back-to-back titles with the TS050 Hybrid and its successor the GR010 Hybrid that was introduced last year.

But Alpine has managed to pose a potent challenge to Toyota in the final year of the grandfathered A480-Gibson LMP1, with Lapierre, Andre Negrao and Matthieu Vaxiviere winning two races and only finishing off the podium once in the remaining events.

Lapierre described Alpine as a ‘small, family-like’ team but hopes the French squad will be able to defeat the much better-resourced Toyota, the marque with which he raced full-time from 2012-14.

“I know this team Toyota because I've been a driver there and I know how strong they are, they are probably even better than when I was there.

“It's a big, beautiful structure in Cologne, they have amazing facilities, they have a good budget, good line-up, two cars. So they have everything.

“But we as a small team, more like a family team, we are running together [and] we will try to upset them.” 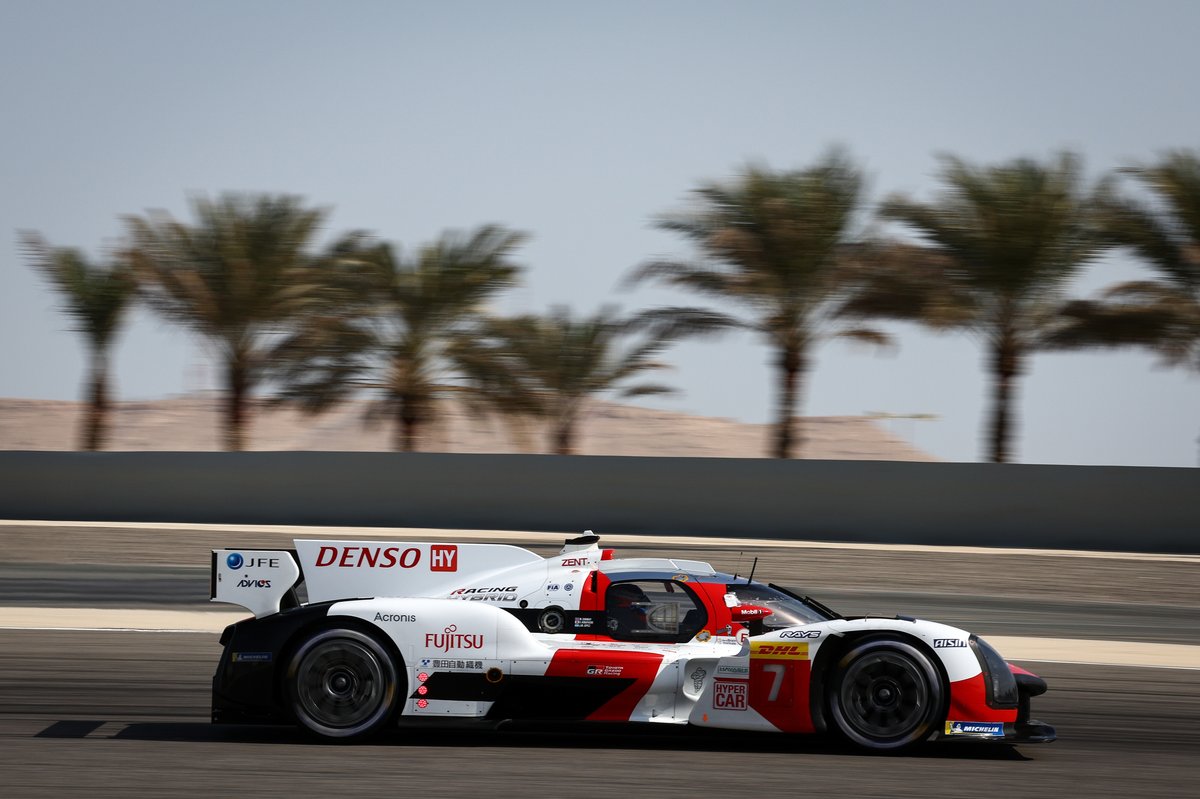 Toyota arrives in Bahrain on the back of a dominant 1-2 finish on its home turf at Fuji, where Alpine was forced to play second fiddle as it ended up two laps down on the winning #8 car of Brendon Hartley, Sebastien Buemi and Ryo Hirakawa.

However, the Balance of Performance figures have been slightly adjusted since the previous round to give Alpine a small relative power boost, while the pace at which Toyota can deploy hybrid power has been raised from 120km/h to 190km/h since WEC’s last visit to Bahrain in 2021.

While admitting Alpine is not the favourite for victory going into Bahrain, Lapierre is hoping for an “open race” between the two manufacturers in the bonus points finale.

“We will not start this race as a favourite because this track has a lot of straightlines, which will probably feed better to the Toyota,” explained Lapierre.

“But the hybrid system can only start now at 190km/h compared to last year, so maybe they will struggle a bit more here in terms of traction and tyre degradation.

“At this track we are also not bad because our car is lighter. But overall in traffic we might lose a bit more with the P2, it's really difficult to overtake them.

“It's going to be an open race hopefully and hopefully a nice battle.”

Alpine has been allowed to compete in the WEC’s Hypercar division with a previous generation LMP1 car as part of the so-called ‘grandfathering’ of rules, with the special dispensation due to lapse at the end of this weekend’s Bahrain 8 Hours.

There has been contrasting opinion about how a title win with an LMP1 car will be seen by both the organisers and the fans, especially when Toyota developed an all-new LMH car for the first year of the introduction of new rules in 2021.

Asked if some people may not be happy to see Alpine defeating Toyota to the title with an old-generation car, Lapierre said: “When you lose you are never happy. Even if we lose we are not going to be happy.

“For me what's important is that it's a nice last race, a nice event and a nice battle because I think the fans and everyone deserve to see a nice fight.

“These races are long so it's nice when there is a battle, otherwise it [feels] super long.

“It's been great, Alpine is also here to fight them otherwise they [Toyota] will have been alone. So it's great we are here. And let the best win the race.”