The Toyota TS050 HYBRIDs have been given a new weight penalty for next week's official pre-season test at Barcelona ahead of the 2019/20 World Endurance Championship.

The Japanese manufacturer's LMP1 cars will run 14kg heavier than at the last regular WEC round of the 2018/19 superseason, which took place at Spa in May.

A new minimum weight of 918kg for the Toyotas has been set in the Equivalence of Technology requirements for the two-day test covering next Tuesday and Wednesday.

That compares with the 904kg figure at which the TS050s ran from the Fuji round onwards in the 2018/19 WEC superseason.

Toyota accepted an 26kg increase in the minimum weight of its cars ahead of its home race after dominating the opening three races of that campaign.

This then was reduced to 10kg for last month's Le Mans 24 Hours superseason finale, because this was calculated to be enough to remove the notional 0.25% advantage for the hybrids in the original 2018/19 EoT.

The weight limits for normally-aspirated and turbocharged non-hybrid privateer LMP1 cars remain unchanged from the Spa 6 Hours - at 824kg and 833kg respectively.

The revised Toyota weight may not necessarily carry over to the opening round of the new season at Silverstone in September.

The rulemakers, the FIA and WEC promoter the Automobile Club de l'Ouest, reserve the right to change the EoT at any time. 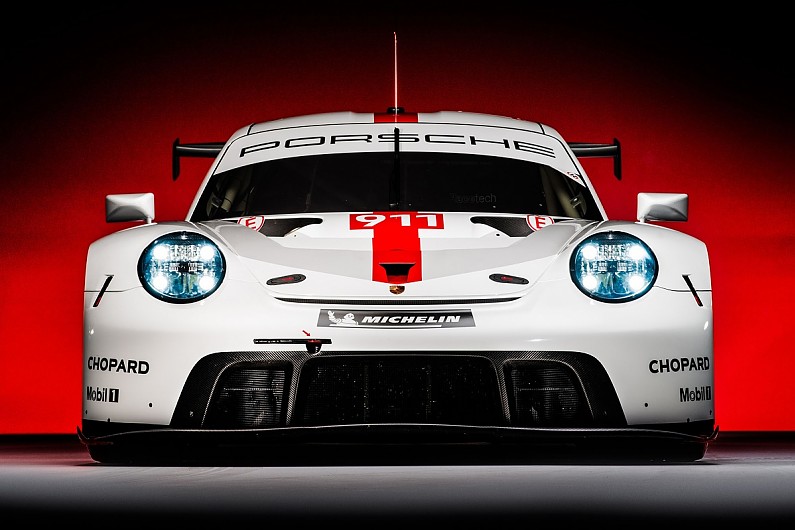 The new Porsche 911 RSR developed for the 2019/20 WEC will run 15kg heavier at Barcelona than its championship-winning predecessor did at Spa earlier this year.

The car, which is powered by a 4.2-litre normally-aspirated flat-six, has also been given 0.5mm smaller diameter air-restrictors in the GTE Pro Balance of Performance table for the test.

The Porsche will be given a so-called starting BoP under the automatic system introduced in 2017 because it is a new car.

The BoPs for the Ferrari 488 GTE and the Aston Martin Vantage GTE are unchanged for the test because they are calculated on the basis of race data gathered since their introduction.