Carlin driver Max Chilton has stepped away from driving duties for the remaining oval races on this year's IndyCar schedule.

The former Marussia Formula 1 driver joined IndyCar for 2016 and has started all but one race held since then, after failing to qualify for this year's Indianapolis 500.

He also scored his best IndyCar result to date on an oval by finishing the 2017 Indy 500 fourth.

But Carlin announced on Tuesday that Chilton would not contest any of the four oval races - at Texas, Iowa, Gateway and Pocono - left on this season's calendar, although he will continue to drive the team's #59 car as planned on road and street courses.

His place will be taken by Conor Daly for this weekend's Texas round.

Chilton did not give a full explanation for his decision to stand aside, but cited "risk management" as one of his core concerns while praising the steps IndyCar has taken to improve its safety.

"I would like to thank [sponsor] Gallagher for being supportive of my decision to not compete in the remaining oval races this season - I am extremely fortunate to have such a supportive partner," said Chilton, who also scored his first Indy Lights win with Carlin at Iowa in 2015.

"Risk management is a central consideration of both Gallagher and myself in how we operate.

"I'm excited and pleased by the outstanding proactive work being done by IndyCar around driver safety and the innovation of the solution developed in partnership with Red Bull Advanced Technologies that has created a new aeroscreen.

"The innovative solution will be the most advanced single-seater driver head protection in the world and will be introduced in 2020.

"My focus remains on getting the best possible results for the #59 Gallagher Carlin crew and I will be helping the team and Conor in any way I can to that end." 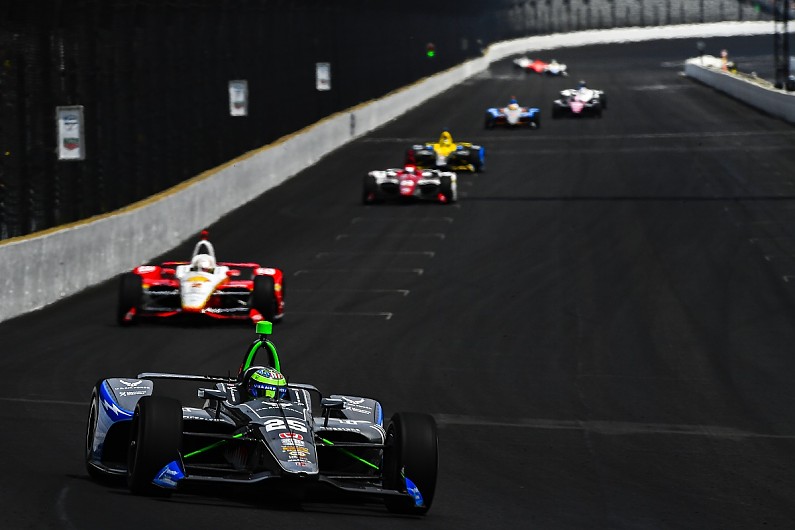 Daly, who was run by Carlin in the GP3 Series in 2011, was one of the surprises of this year's Indy 500 field in a one-off Andretti Autosport entry and ran as high as second before finishing 10th.

"I want to thank everyone at Carlin and Gallagher for the opportunity to get back in a racecar at Texas," said Daly.

"I thoroughly enjoyed working with Carlin back in 2011 as I started my European racing journey and to now drive for them in the IndyCar Series is pretty special.

"I look forward to being able to contribute to the team as best I can."