Chilton was part of Carlin's line-up for its maiden IndyCar season last year alongside Charlie Kimball, who scored the team's best result of fifth on the Toronto street circuit.

Kimball had hinted strongly on social media that he would stay with Carlin this year, but IndyCar's official site has stated he will be part-time in 2019 and that Carlin will "disclose details in the near future" relating to his programme.

Carlin has been open to running a third car in 2019 for a driver that brings a budget.

Chilton's full-time deal means he will continue his association with the team that ran him in British Formula 3 in 2009 as well as in GP2 and Indy Lights.

"I couldn't be happier to formally announce that [primary sponsor] Gallagher will be back for the 2019 season partnering with myself and Carlin," said Chilton, who finished 19th overall last season.

"Our first year together as an IndyCar team had its ups and downs, but the potential and growth that we showed as a team was obvious to everyone.

"I want to say a massive thank you to Gallagher for their continuing support of me.

"To have the opportunity to represent the nearly 30,000 employees of Gallagher, a brand that focuses so heavily on teamwork and innovation, is a true privilege." 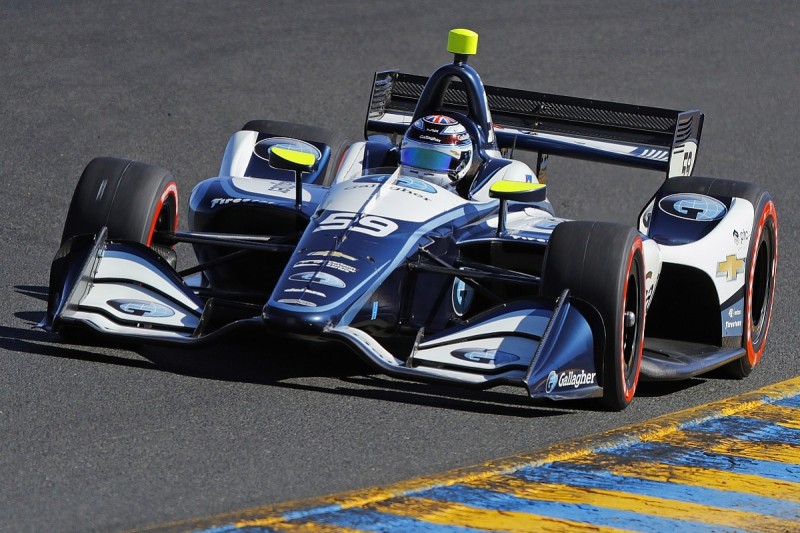 Team principal Trevor Carlin said: "We have to be realistic and realise that IndyCar is the most competitive championship in the world currently, with the best drivers and best teams in it.

"We'd be very naive to think we could be always running at the front. Our target is to keep improving. Constant improvements is our company motto."

Talking about the decision to re-sign Chilton, Carlin added: "Max is one of those drivers you can always rely on to do a good job.

"The big thing for the team is to get the car exactly how he wants it, and then he can really show his performance.

"Obviously in 2018 everything was new and fresh to us, so there were times when the car was a bit out the window and it was hard for Max to show his true worth.

"Now we've had some time to spend with the cars and do some development and testing, so we're confident that us as a team can move forward.

"That will help Max deliver the performance we know he's capable of."

The 2019 season will be Chilton's fourth in IndyCar and his second with Carlin following his exit from the Chip Ganassi Racing squad.

He has started 50 IndyCar races and taken eight top-10 finishes, with a notable fourth place at the 2017 Indianapolis 500.