MotoGP legend Valentino Rossi has been appointed as a BMW factory driver, and will conduct further duties for the German manufacturer beyond his GT World Challenge Europe programme with WRT.

The nine-time motorcycle world champion switched to car racing in 2022 with WRT, contesting the full GTWCE schedule across the Endurance and Sprint Cup.

Following WRT's switch from Audi to BMW for 2023, the team announced he will remain part of its GTWCE programme and would also take in next month's Dubai 24 Hours and the Bathurst 12 Hour that opens the Intercontinental GT Challenge season.

Rossi has now been added to BMW's works roster, which a statement said will mean he is "also be available for further race and test appearances in BMW M Motorsport racing cars".

This suggests that the 43-year-old may also drive BMW's M Hybrid V8 LMDh challenger, which will race in the IMSA SportsCar Championship next year with Team RLL before it enters the World Endurance Championship with WRT in 2024.

"I am very proud to become an official BMW M works driver and it is a great opportunity," said Rossi.

"Last year I started racing seriously in cars and I finished my first season with the WRT team with whom I got on very well and I am very happy that the WRT team chose BMW M Motorsport as a new partner.

"I have already had a chance to test the BMW M4 GT3 twice and the feeling with the car is very good. I think we could be competitive next season.

"Also, BMW M Motorsport has given me the opportunity to race with two very strong drivers next year, Maxime Martin and Augusto Farfus. I still have a lot to learn and improve, but I hope to be up to the task and fast enough to fight during the race weekends."

BMW Motorsport boss Andreas Roos said that Rossi was a "a living legend" for his successes on two wheels, but added that he "has proved that he is also an excellent racer on four wheels". 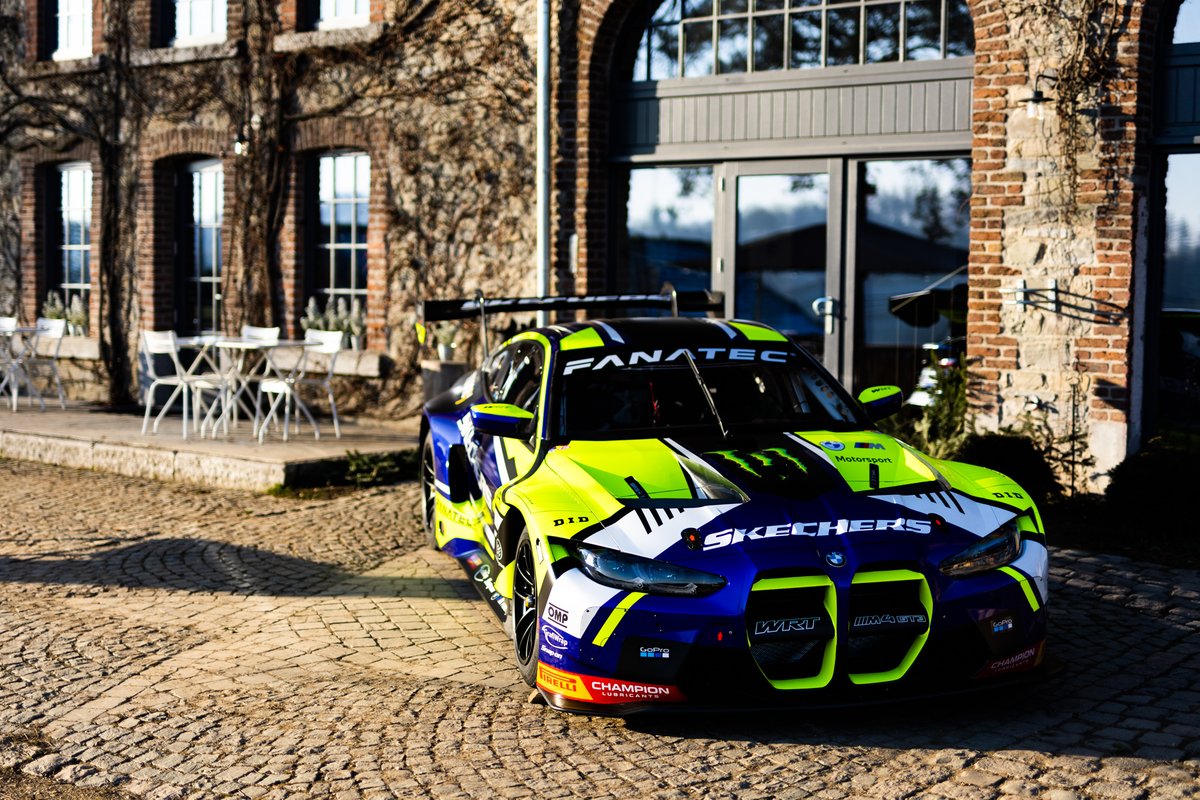 "He has shown that car racing has become his second motorsport home, and he brings all his passion, skills and commitment to this new chapter of his career," said Roos.

"It's fantastic that Valentino will be joining our BMW M Motorsport family as a new works driver next year. We're really looking forward to working together – welcome aboard Vale!"

Rossi becomes the 21st member of BMW's factory roster, and the third from WRT's 2021 driver pool to make the switch from Audi after GT World Challenge Sprint champions Dries Vanthoor and Charles Weerts.

The trio raced in GT World Challenge Endurance and NLS races on the Nurburgring Nordschleife this year as preparation for the Nurburgring 24 Hours, and also were heavily involved in developing the new M4 GT4 car.

"This is what BMW were aiming for and the three of us were hoping for when our programme started," said 2019 Carrera Cup GB champion Harper, who joined the junior scheme with Verhagen and Hesse for 2020.

"They took a bit of a gamble on us, but we've evolved as drivers and they obviously think we are ready for the next step."

Nicky Catsburg is no longer contracted to the marque ahead of a season in which he will drive full-time for Corvette Racing in the WEC's GTE Am class, but outings for him in works cars are not ruled out.