Kvyat had driven for Red Bull in 2015 and 2016 but was demoted to the sister Toro Rosso outfit to make way for Max Verstappen, before Kvyat was dropped altogether a year later.

But Kvyat was brought back into the Toro Rosso fold this year after a stint as Ferrari's simulator driver and his return has coincided with Pierre Gasly's struggles at the Red Bull team.

Speaking to Autosport at Hockenheim, Villeneuve expressed his doubt that Gasly would be able to find form at Red Bull.

"He is lucky he is still there. Red Bull and Helmut Marko have been a lot more aggressive on their drivers before, and it just shows that they don't see anyone coming in the ranks, so they don't know who to replace him with," said Villeneuve.

"They already had him [Kvyat]. So why should they put him there? That's not the way it should go."

Red Bull recently stated that Gasly would see out the 2019 season and Toro Rosso boss Franz Tost said after the German GP that he hoped the driver would be given more time. 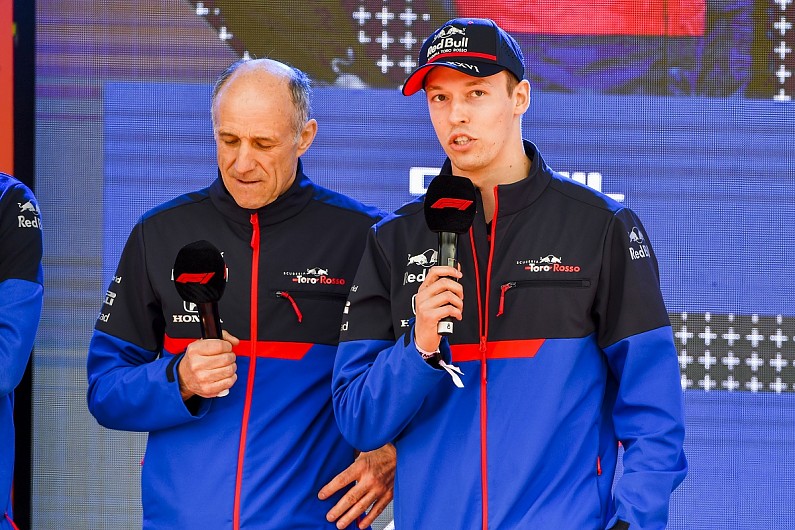 He also expressed his hopes for an unchanged line-up at both Red Bull and Toro Rosso, but he added that Kvyat would be ready for a return to Red Bull.

"There is such a long period now gone, and he is much more experienced now, he knows now what to do, how to handle everything. He is another step forward [in his development]," Tost said.

"This is the reason I always say I need drivers for three years to educate the driver, and then he is ready to go to Red Bull. Red Bull is another level, Red Bull is a team fighting for victories, fighting for championships.

"And for this, you are tackled with another pressure, you are working on another level. You cannot compare this with Toro Rosso.

"He is another driver [than] he was at Red Bull because there he was two years younger. He only went after one season to Red Bull because of the change when [Sebastian] Vettel went to Ferrari.

"Daniil has a very high natural speed and that he is a really skilled driver we knew. We knew from Formula Renault or GP3 and also from our first year in Formula 1."

But when Tost's argument was put to Villeneuve, he said: "Some drivers are amazing at small teams and useless in big teams. It happens. Even with 10 years of experience. You've seen it all through the years.

"You've seen it even with experienced drivers. They would win races in a small team, go to a big team, become useless, go back to a small team and start winning races again.