Red Bull has silenced talk that Pierre Gasly's future at the team is again in doubt and insisted he will see out the 2019 Formula 1 season.

Another difficult weekend for Gasly at the German Grand Prix, which included a crash in practice and a race-ending clash with Alex Albon, has fuelled further speculation about his position.

Gasly's situation was not helped by Toro Rosso's Daniil Kvyat producing a brilliant performance at Hockenheim to take a podium finish, underlining that Red Bull has an obvious replacement on its books if it needs one.

Red Bull motorsport advisor Helmut Marko made it clear the team is committed to Gasly for the rest of 2019 at least.

"This year we won't change," he told Autosport. "We will end the season as we currently are."

But asked if Kvyat's growing form put Gasly under pressure, Marko replied: "Sure."

Gasly insisted the Hockenheim problems were "out of context" with his recent progress with the RB15 car.

Following a season-best weekend at Silverstone, Gasly qualified fourth at Hockenheim and had recorded a best lap just a tenth off team-mate Max Verstappen before it was chalked off for a track limits infringement.

But while Verstappen went on to win the chaotic race, Gasly never fully recovered from huge wheelspin at the start and a delay on his opening pitstop, and was only fighting for sixth when he tagged Albon.

"I'm just focusing on my job, performing and getting the max out of the car," Gasly said.

"And then for sure there are things to improve, with the team together. I think we are clearly making the step. 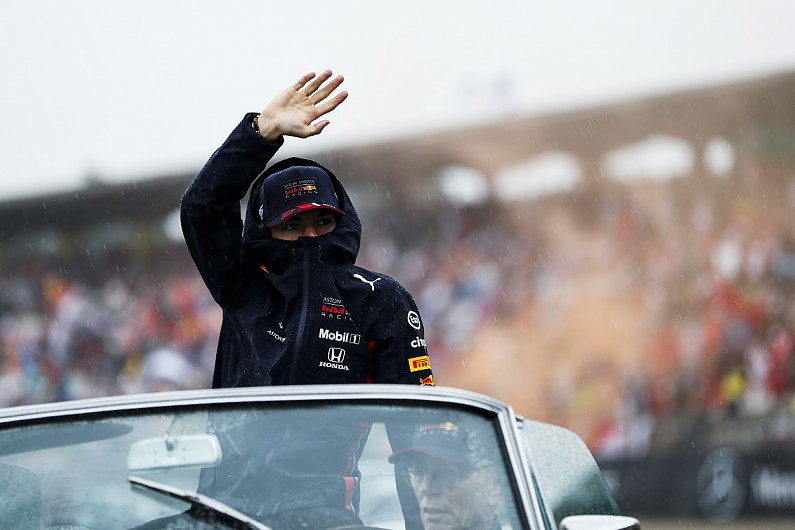 "I'm really happy with the way we are working with the team and the improvement we are doing. Just need to keep pushing in that and together we're going to get the result we deserve."

Asked if his progress had been substantial enough, he replied: "I think so. In qualifying, I got my lap time deleted but I was a few hundredths from second place, at Silverstone I was fighting a bit more to the front.

"[The Hockenheim race] was out of context but I feel that we are clearly making some big steps.

"So I'm confident it's going to pay off more consistently soon."

Red Bull team principal Christian Horner expressed some frustration at the points lost in the late collision with Albon.

"It was up and down," said Horner about Gasly's weekend.

"He had a good qualifying, but then he had a difficult first pitstop - there was a problem with the right rear wheelnut. And then they had to hold him because the whole queue of cars came in.

"He started recovering, and on the last restart he passed [Sebastian] Vettel. But then he went wide on three consecutive laps at Turn 1, and that's where the other cars got past him. 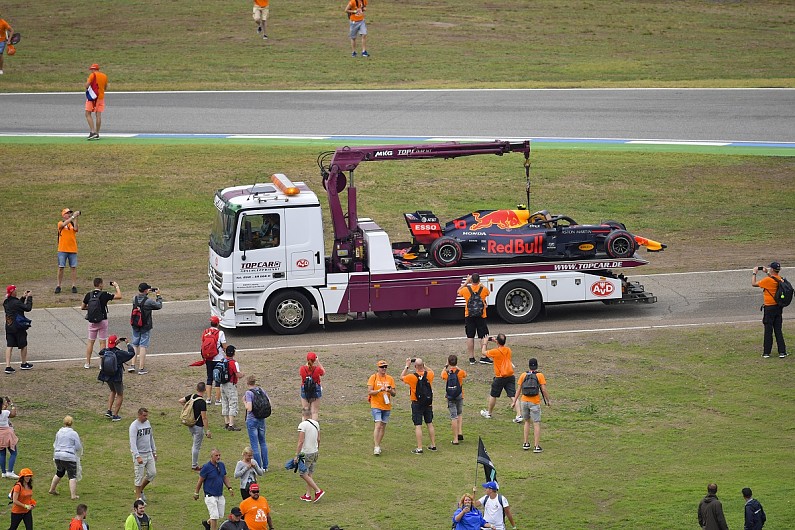 "Then obviously racing with Albon, they tripped over each other, which was frustrating because it was a good opportunity to take a lot of points out of Ferrari. So instead of taking 20-odd points out of them, we've only taken seven or eight."

Horner suggested Red Bull needed Gasly to start providing more points if it was to have any hope of overhauling Ferrari for second in the constructors' championship.

The gap between the two teams is now 44 points, and Horner believes Red Bull can overcome that deficit "if we start double scoring".