The MotoGP 2020 calendar has undergone a further revision prompted by the threat of coronavirus, with Austin ceding season opener status to Argentina and the finale moving a week later

An amended calendar was initially presented to the public on March 5, with Austin's Grand Prix of the Americas becoming the first premier-class race on the schedule after coronavirus-related travel restrictions forced the cancellation of the MotoGP round in Qatar, while the Thailand race was pushed back to October.

Soon after, however, the prospect of kicking off the MotoGP season on April 5 at the Circuit of the Americas likewise became increasingly non-viable, following a declaration of a "state of emergency" in Austin and the quarantine lockdown of Italy, where much of the MotoGP paddock is based.

On Wednesday, MotoGP promoter Dorna confirmed the COTA race weekend would be delayed until later in the year "due to the ongoing coronavirus outbreak".

Whereas the Moto2 and Moto3 campaigns have already got underway in Qatar this past weekend, MotoGP is now due to wait until April 19 at Argentina's Termas de Rio Hondo for its first race. 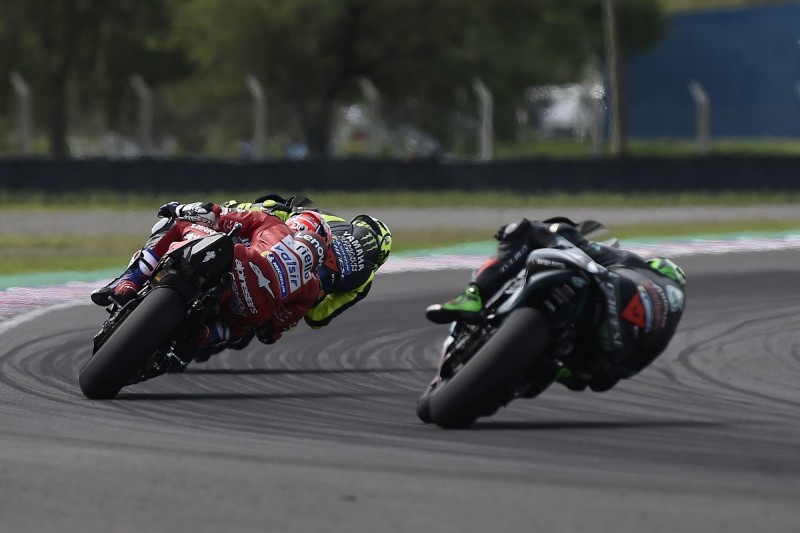 The COTA race is now slated for November 15, the date that previously belonged to the Valencia finale - which has now been pushed back a week to November 22.

The traditional post-race test in Valencia had already been shelved for 2020, but the latest schedule change casts major doubt over the Jerez test as well, it having been scheduled for November 19-20.

FIM president Jorge Viegas suggested earlier this week that MotoGP was not ruling out the prospect of double-header rounds should any more races be cancelled, in a bid to bolster the 2020 calendar.

MotoGP is contractually obliged to run at least 13 rounds per season, and Dorna CEO Carmelo Ezpeleta suggested that the championship could also run races behind closed doors.

In addition, races could also be held at Portuguese circuits Portimao and Estoril, which form MotoGP's reserve list in the event that any venues suddenly become unavailable to host any races.

Portugal currently faces no travel restrictions as a result of coronavirus.