Toyota Gazoo Racing has showcased the first images of its revamped GR DKR Hilux T1+ that will compete against new cars from Audi and Prodrive in the Dakar Rally next year.

New regulations governing the main rally-raid car category have forced the top teams to modify their existing 4x4 prototypes for the next edition of Dakar in January, as reported by Autosport earlier this year.

Audi, which is making its debut in the legendary event, was the first manufacturer to reveal its innovative hybrid vehicle RS Q e-tron at the end of July and recently completed two weeks of testing in Morocco.

Prodrive revealed its new buggy a week later, albeit digitally, and since then has completed a shakedown in Wales.

Toyota has now unveiled the first pictures of its new 4x4 on Wednesday with an interim carbon black livery.

The launch follows a first fully-fledged test in the Namibian desert last week, which itself took place after limited running on the rocky terrain of South Africa.

The Japanese manufacturer has been developing a new version of its successful Hilux, which won Dakar outright in 2019 and has finished inside the top 10 every year since 2012, for several months now. 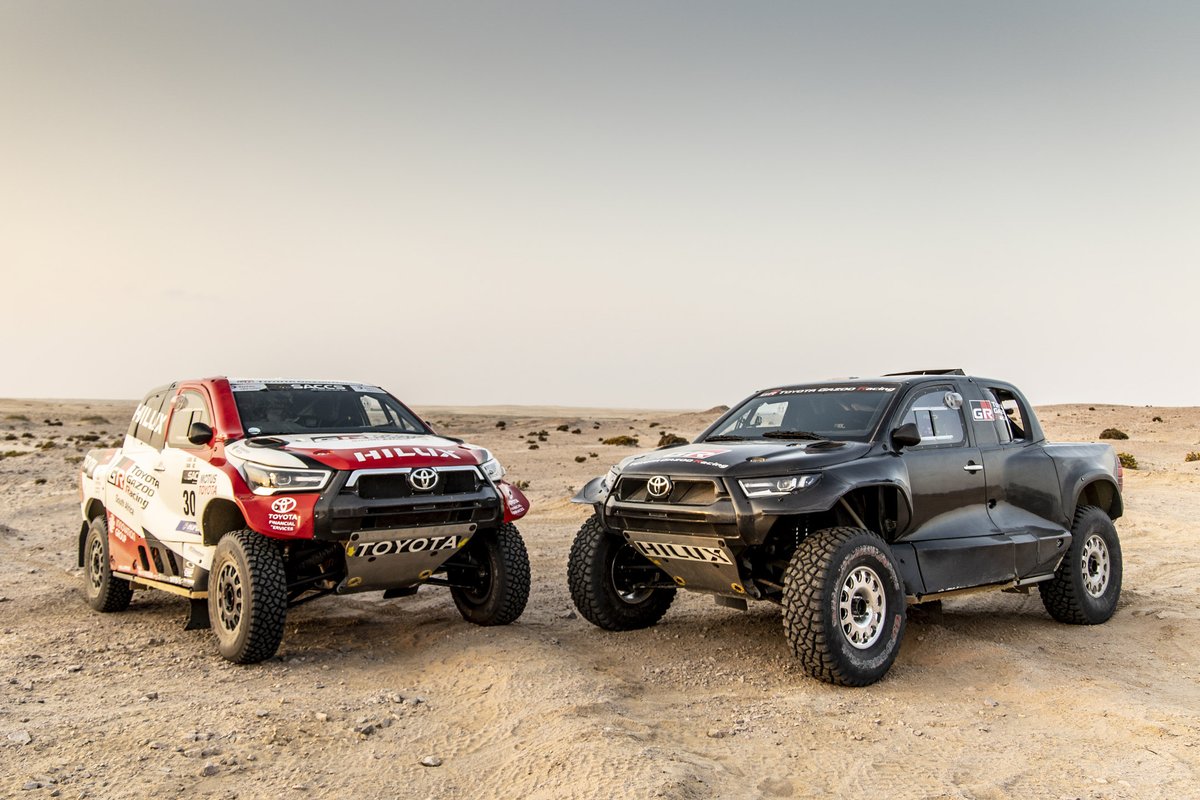 This will undoubtedly help Toyota improve its competitiveness in the next edition of Dakar in Saudi Arabia, having suffered more than 50 punctures in 2021 despite working with BF Goodrich to adapt its set-up to the rocky Saudi roads.

The aerodynamic lines of the new Hilux are noticeably different although the base of the prototype remains the same - merely adapted and widened to fit the new regulatory requirements (2.3 metres wide compared to 2 metres in 2021). The chassis has not been completely redesigned but has received "some updates" to fit the suspension and larger wheels.

Toyota's South African division, which has been responsible for the development of the Dakar prototype since 2012, is particularly excited about the new 3.5-litre, twin-turbo V6 petrol engine modified from the GR-S version of the new Land Cruiser 300, having changed from a V8 5.0 naturally aspirated petrol engine. 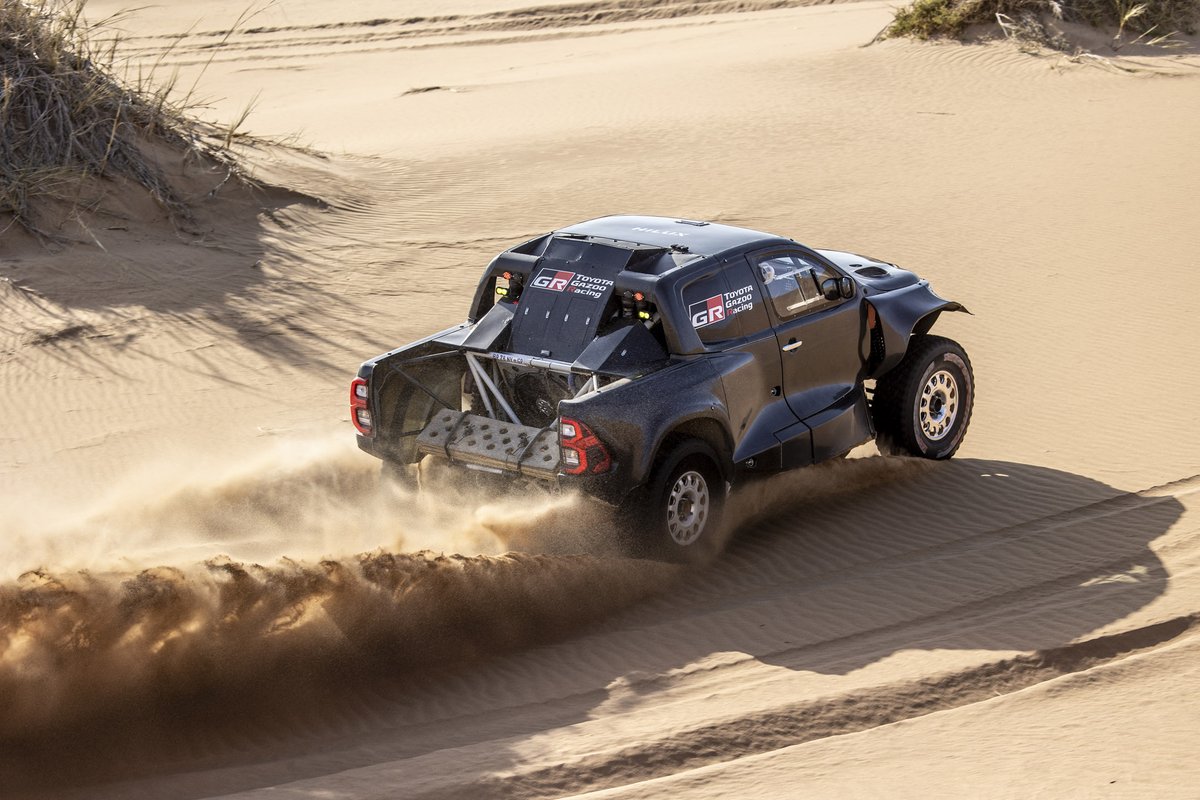 The latest version of the Dakar engine will be tested next week in South Africa with Giniel de Villiers and Henk Lategan at the fourth round of the South African Cross-Country Championship 2021 (SACCS) in Nampo.

Autosport has learned that Toyota does not plan to contest any races before the 2022 Dakar with its new T1+ prototype and will continue to complete preparation tests in South Africa over the coming months.

Toyota will enter four GR DKR Hilux T1+ cars in the 43rd edition of the Dakar Rally with the same driver line-up as this year.

2019 winner Nasser Al Attiyah and Mathieu Baumel, who finished second this year after an intense battle with Stephane Peterhansel and Carlos Sainz, have renewed their agreements with the team despite some rumours linking them to X-Raid Mini. 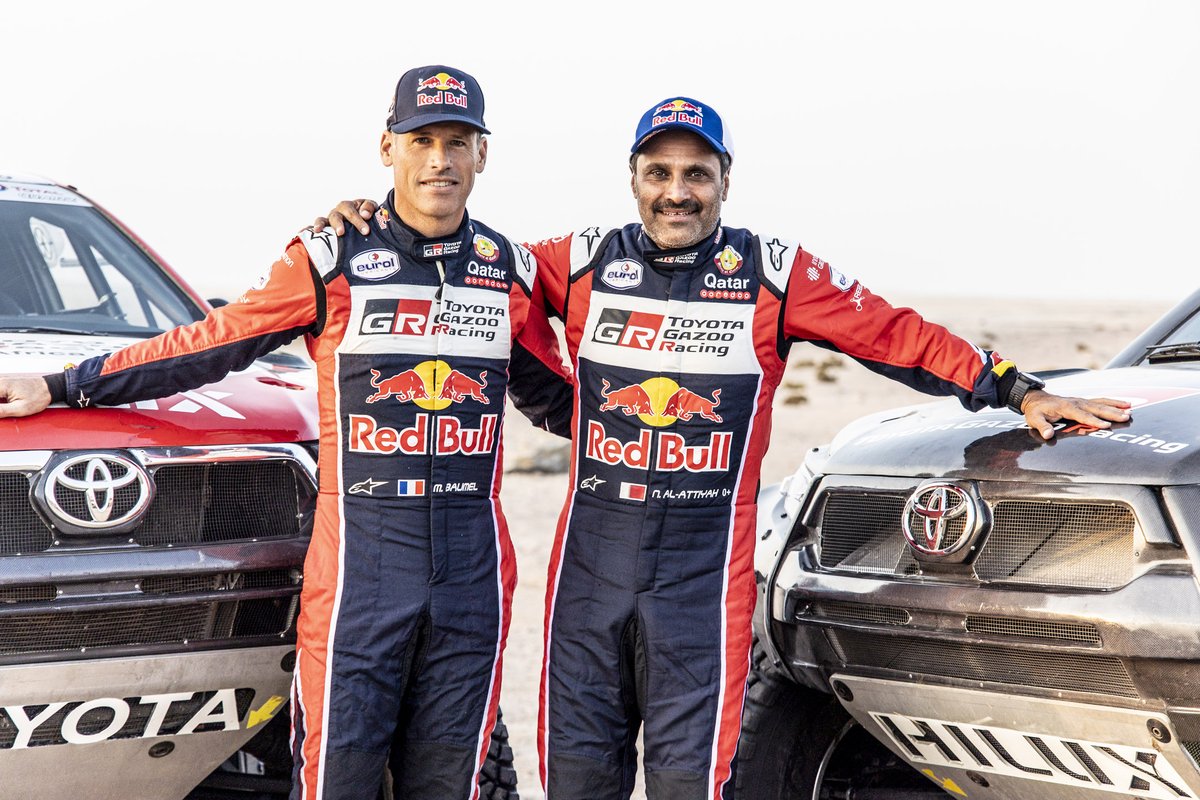 "I am very happy to be back with the Toyota Gazoo Racing team for Dakar 2022. We won the race together in 2019, and now we have a new bullet coming. I am excited for our prospects, especially with the new GR DKR Hilux T1+, which is definitely faster and more capable than the previous car," said Al Attiyah.

De Villiers will have a new co-driver this year in Dennis Murphy, with whom he is competing in the South African Rally Championship this year, following the departure of Alex Haro to Prodrive alongside Nani Roma.

"The Dakar is one of the toughest races on the planet, but it suits our new Hilux perfectly,” he said. “The new wheels, suspension travel and especially the move to the turbo-powered petrol engine from the Land Cruiser, is sure to make a big difference to our campaign. The engine is highly responsive, and allows us to push the new car to the limit." 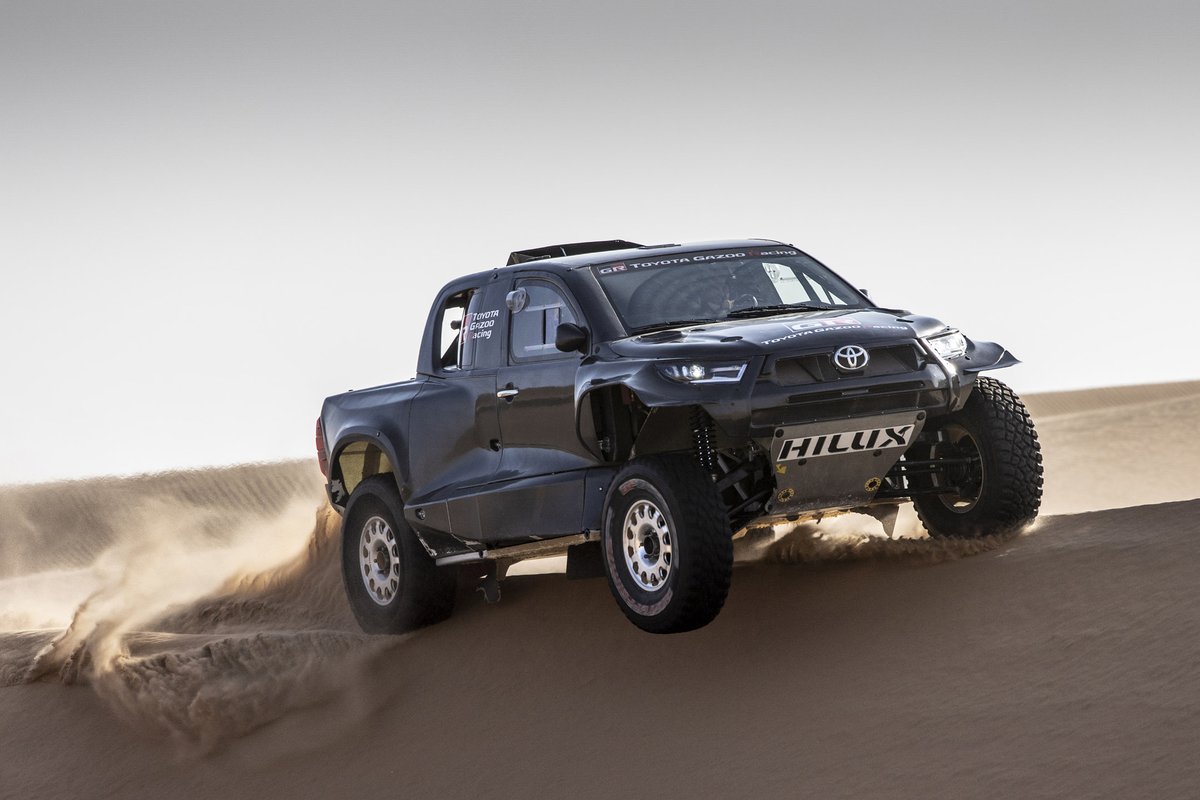 Joining Toyota’s two star drivers will be South African young gun Lategan alongside navigator Brett Cummings, who surprised everyone on his 2021 debut by finishing inside the top three in Stage 3 and 4, before retiring on Stage 5 after a nasty crash.

The fourth car will be occupied by another South African, Shameer Variawa, alongside his new navigator Danie Stassen.

"We are very pleased to announce a team that is very similar to last year,” said Glyn Hall, team principal in Toyota Gazoo Racing.

“With Nasser and Giniel heading up our attack, and Henk gaining confidence, we are excited to take on the 2022 edition of the Dakar Rally. Our new GR DKR Hilux T1+ is progressing well, and we are confident that the new car will allow us to compete on a new level, come January.”