The new Audi RS Q e-tron has completed two weeks of testing in Morocco ahead of its debut in the Dakar Rally next year.

Carlos Sainz, Stephane Peterhansel and Mattias Ekstrom shared a test car for 14 days in the dunes of Morocco, offering Audi a chance to fully evaluate its ‘electric’ contender before its highly-anticipated return to cross-country rallying.

The German marque shook down the RS Q e-tron in the middle of July and completed another 200km of running in the Monegros desert in Spain last month, but Morocco marked the first time its Dakar contender was tested in real-world conditions for extended periods.

However, the test didn’t go as smoothly as planned, with frequent sandstorms limiting the running time and temperatures exceeding 40°C posting a major challenge to the car’s complex powertrain.

Audi didn’t disclose the total number of miles it clocked over the course of two weeks, but those in charge of the project admitted that a lot of work needs to be done on the RS Q e-tron ahead of its maiden appearance in Dakar next January.

"As expected, some new problems arose in the high temperatures, which repeatedly caused interruptions to the testing and needed to be solved before the next test,” said Sven Quandt, the team principal boss of the Q Motorsport operation that is working with Audi on its Dakar programme.

"We expect much lower temperatures at the Dakar Rally. Nevertheless, we deliberately went to Morocco to test our concept under the most extreme conditions." 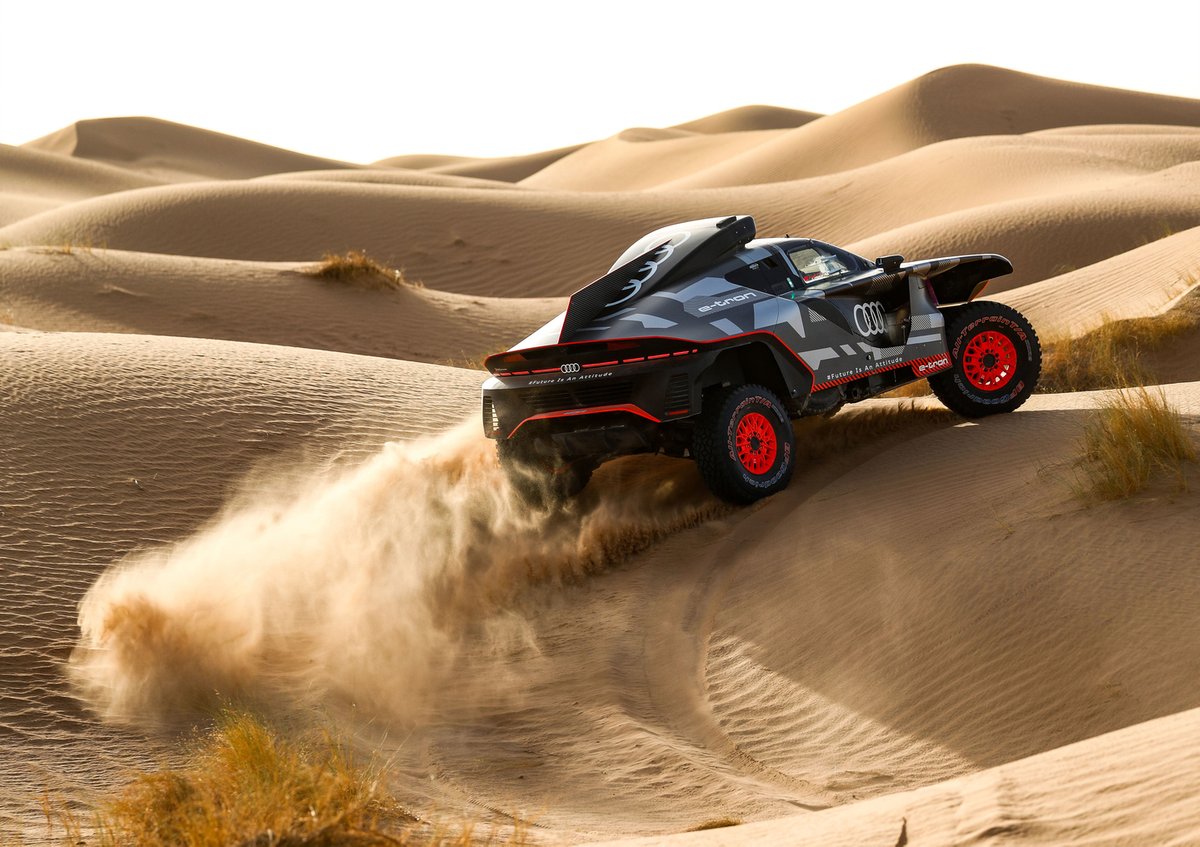 Andreas Roos, head of Audi Sport racing, added: “Components such as the MGU, for example, were basically not developed for use in such high ambient temperatures, but the drivetrain and other components were also pushed to their limits or even beyond by the heat.

"The insights we gained in Morocco are invaluable, but they also show us that we still have a lot to do before the Dakar Rally and there is not much time left.

“It’s all about optimum temperature management and being able to call up the battery’s maximum performance.

“This is where we are learning with every test. And that’s exactly why we are going to the desert with an electrified drivetrain: We are gaining an incredible amount of experience that we are sharing with our colleagues from road car development.”

One of the modifications Audi was able to test in Morocco was the cockpit configuration, so that driver and co-driver are more comfortable and can communicate better with each other.

"This was one of many topics we had on our to-do list after the test in Zaragoza. For the test in Morocco, we made modifications so that the driver and co-driver have more space in the tight cockpit and can also communicate better with each other. The feedback was positive,” said Roos.

Audi has already started the construction of one of the three competition units that will be used in the coming months - chassis number 104 - and it will incorporate everything the German manufacturer has learned with the test car.

Autosport had previously learned that Audi was planning to debut the new car in the Rally of Morocco (8-13 October), which counts towards the 2021 FIA Cross Country World Cup and has been the ultimate preparatory test for Dakar in recent years.

This would have marked the first time Audi was going to go against the new prototypes in the T1+ category from Prodrive and Toyota Gazoo Racing, its two biggest rivals in cross-country rallying.

But it appears that the German brand has decided during the last weeks to continue testing instead, as it has to keep developing a propulsion system that has never been used in rally-raids before.

The car could now make its debut in the Abu Dhabi Desert Challenge on 5-11 November or the Ha'il International Rally in December.