The Dakar Rally’s FIA stewards have imposed a five-minute penalty on event leader Nasser Al-Attiyah over 24 hours after a seat belt infringement occurred during Monday’s Stage 8.

Al-Attiyah’s sanction follows some controversy over the absence of a penalty imposed on Bahrain Raid Xtreme on Monday after a spare tyre was lost by Sebastien Loeb. But today, the sporting stewards decided that a time penalty was fit for Al-Attiyah’s infraction.

As seen by officials in a video published on social media, Al-Attiyah and co-driver Mathieu Baumel did not have their seat belts and Front Head Restraint fastened properly for “approximately 1:45 minutes” while the car was in motion.

The video shows Al-Attiyah stopping on Stage 8 to change a tyre, overlayed with Bahrain Raid Xtreme rival Loeb. The stewards agreed that the time that three-time Dakar winner Al-Attiyah and his co-driver took to get out and return to their Toyota's cockpit was “too short to properly fasten the crews’ seatbelts”. They asked to review the organiser's own onboard cameras to check the incident.

The stewards reported that “after boarding the vehicle, the driver engaged the gear and started the vehicle”.

It added:“Furthermore, the video shows that the crew was busy for 1 minute 45 seconds properly fastening the seat belts. For a short time, the co-driver even held the steering wheel to give the driver the opportunity to fasten his seat belt.”

This is in breach of Article 48.1 of the World Rally Raid Sporting Regulations, which states: “Whenever a vehicle is in motion on any type of Selective Section and until the stop control, the crew must wear homologated crash helmets, all required safety clothing and equipment in compliance with Appendix L Chapter III – Drivers’ Equipment as intended by the equipment manufacturer and have their safety belts correctly fastened”. 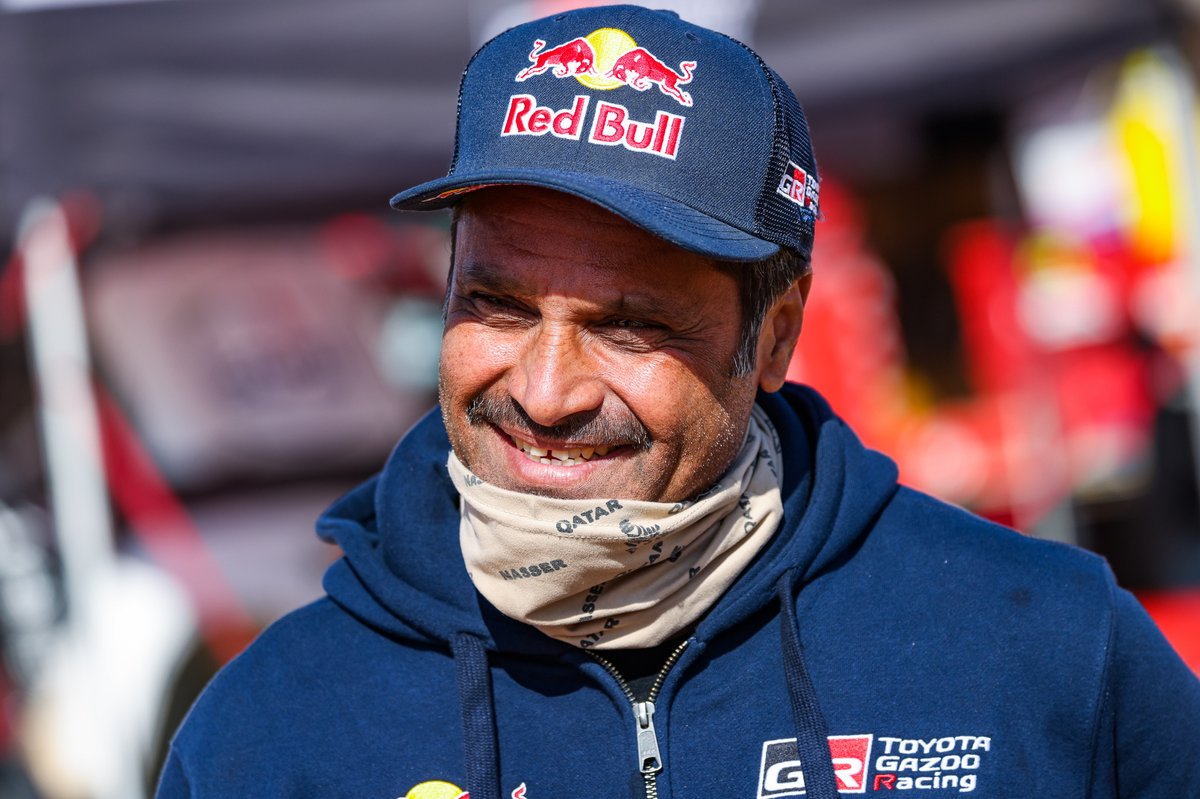 The stewards ruled that the Qatari-French pair not only failed to act safely, but also gained time as a consequence of their actions, so a time penalty “that also compensates for the time advantage is necessary”.

Al-Attiyah now holds a 34m05s lead over Loeb in the overall standings, with Yazeed Al Rajhi 54m44s behind with three special stages to go.

Giniel de Villiers led a Toyota clean sweep of the fastest times in Tuesday's Stage 9, with Loeb only fifth.