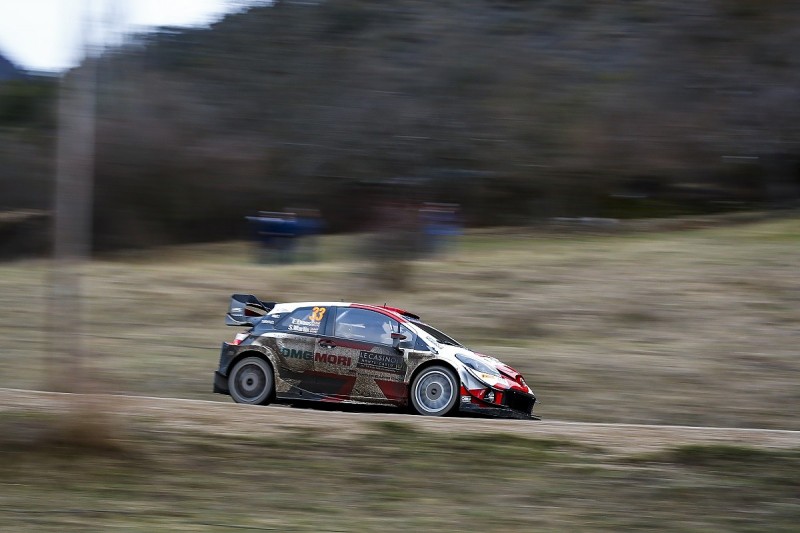 The first two stages on Friday were held in the dark and, with uncertain conditions in the mountains, this led to plenty of hesitancy amongst the crews which handed a clear advantage to seven-time Monte winner, Sebastien Ogier.

Overnight leader Ott Tanak struggled to match his early form and he was hindered by his Hyundai's engine stalling in the hairpins - a recurrence of a problem that dogged the team in 2020.

Tanak went with the same tyre selection as the Toyotas - a mix of four super soft tyres and two studded full snow tyres to tackle the peaks - while the Estonian's team-mates, Thierry Neuville and Dani Sordo, went with three of each type.

The 2019 WRC champion's cautious approach in the darkness meant he finished fifth on the first stage of the day and dropped to fourth overall behind all three of the front-line Toyotas.

Ogier won the opening stage but Kalle Rovanpera assumed the overall lead before his illustrious team-mate let rip through the next stage to take control of the event. 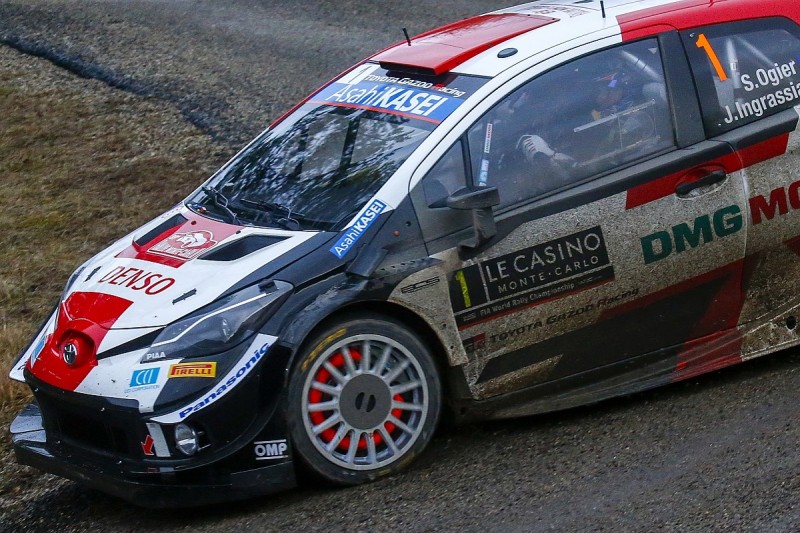 In Ogier's wake, Evans recovered from a half-spin on the first stage of the morning to take second after Rovanpera incurred a 10-second penalty for late check-in.

Notwithstanding Rovanpera's transgression, all three Toyotas pulled away from Tanak while the tyre choices of the other Hyundais put them in trouble.

"We didn't do the best tyre choice," said Neuville.

"Also in Stage 4 my gravel crew wasn't able to go through the stage because they had an incident on the road section, so I had no corrections in the pace notes and we lost a lot of time... and we made a spin towards the end."

The morning loop ended with Ogier 11.3 seconds ahead of Evans but the positions were reversed on the first stage after service when Ogier suffered a puncture and a spin that cost more than half a minute in total.

The seven-time champion was livid and made his feelings clear when he reached the end of the stage. "I mean we knew this tyre was very weak for puncture and unfortunately it happen already," he said.

Rovanpera also lost half a minute after going off into a field, which allowed the ever-consistent Evans through to a lead of 20s over Tanak, with Ogier a further 3s behind.

Despite being forced to put on a studded tyre to replace his punctured wheel, Ogier harnessed his frustration to light up the final stage of the day, immediately claiming back 16s from Evans's lead.

"I was too careful probably in some places but the car just has a mind of its own sometimes... so much aquaplaning and the roads are so narrow," Evans said. "It's a great time from him [Ogier]." 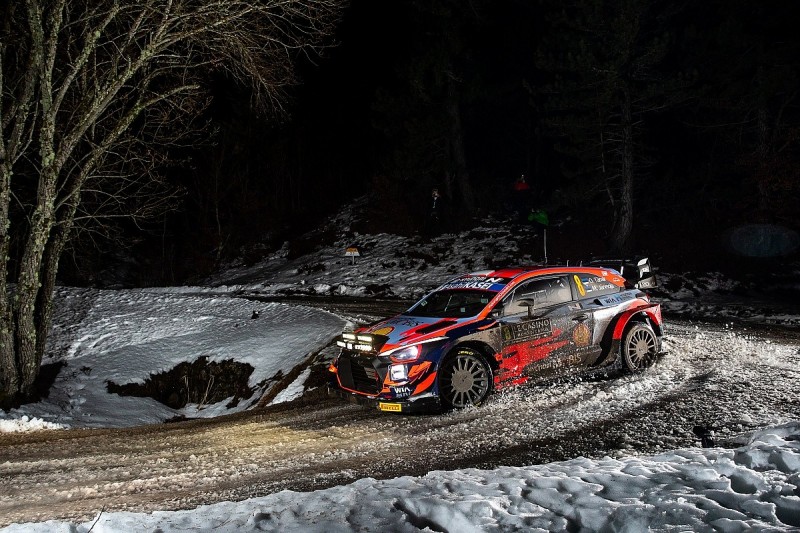 Tanak continued with his solid run and his Hyundai team-mates had a much better setup for the afternoon loop, with Sordo just 1.3s off Ogier's stunning time on the final stage of the day.

"I get more confident... when it's wet like this, the thing is with this tyre you have confidence because the car is all the time safe," said the Spaniard.

Evans holds a 7.4s lead over his Toyota team-mate Ogier after the opening seven stages, with Tanak in third 25.3s off the top spot and Rovanpaera 53.1s in arrears.

In WRC2, it was the veteran Andreas Mikkelsen who put all his experience to work at the wheel of his Skoda Fabia.

The Norwegian spent the day building a lead of almost a minute over the M-Sport Fiesta of Adrien Fourmaux, while the train of Citroen C3s at the head of WRC3 rolled on with Yohan Rossel maintaining his lead over Yoann Bonato and Nicolas Ciamin.