The Japanese manufacturer has proposed that manufacturers should be allowed to continue developing hybrid and other technologies in P1, but that their effect on performance be limited.

Toyota Motorsport GmbH technical director Pascal Vasselon told Autosport: "We want to have a development incentive in many areas, especially in hybrid systems and combustion engines, but we accept and make proposals to really limit the performance impact of this development.

"We don't want a kind of spec powertrain, but we understand that we need to cap the influence of development."

Vasselon stated that Toyota accepted that the current level of technology in LMP1 was "not sustainable" and the need for "privateers to be able to buy an affordable package that delivers the correct level of performance".

His comments follow WEC promoter the Automobile Club de l'Ouest, also the organiser of the Le Mans 24 Hours, proposing the idea of simpler and less powerful hybrid systems in the name of cost reduction.

ACO president Pierre Fillon suggested last month that he envisaged the new-rules manufacturer P1 cars having "more power from the [internal combustion] engine and less from the hybrid".

The 2020/21 rules being proposed would make all cars, both those run by manufacturers and privateers, hybrid and would therefore do way with the Equivalence of Technology that at present equates the performance of different types of car.

"The maximum power and the energy per laps for a hybrid is set, so the performance it can bring is already capped." 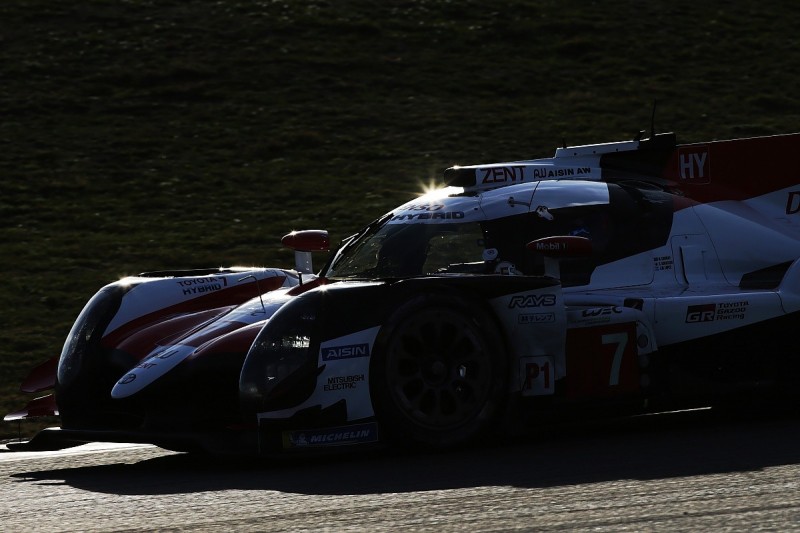 Vasselon reiterated the importance of technology in Toyota's racing programme in the WEC.

"I could not imagine the top category at Le Mans where everything is frozen and you have a kind of spec car," he said.

"This is not what we expect from Le Mans and I hope this is not where Le Mans wants to go."

The ACO and the FIA, which jointly write the LMP1 rulebook, are aiming to announce the future direction of the category during Le Mans week in June.