For the second time in the two races since the introduction of its high-downforce aerodynamic package, Porsche took a dominant one-two finish with its pair of 919 Hybrids, with race winners Brendon Hartley, Timo Bernhard and Earl Bamber further stretching their WEC points lead.

The Le Mans 24 Hours-winning trio now hold an advantage of 41 points over Davidson, Sebastien Buemi and Kazuki Nakajima with four rounds of the season left.

"We were struggling for grip in the corners; the only place we were fast was sector one, which is made up mainly of straights," Davidson admitted.

"That pretty much goes to show we clearly didn't have the same grip levels as them in the tight stuff, especially sector two seemed to be a pretty weak sector for us.

"I personally really struggled with the balance of the car in my stint; wasn't happy with the car at all and so we decided to hand back over to Seb, who I think out of the three of us found it a little bit more to his liking and he did a really good job.

"Both cars were fighting pretty hard at the start and just falling back from the Porsches." 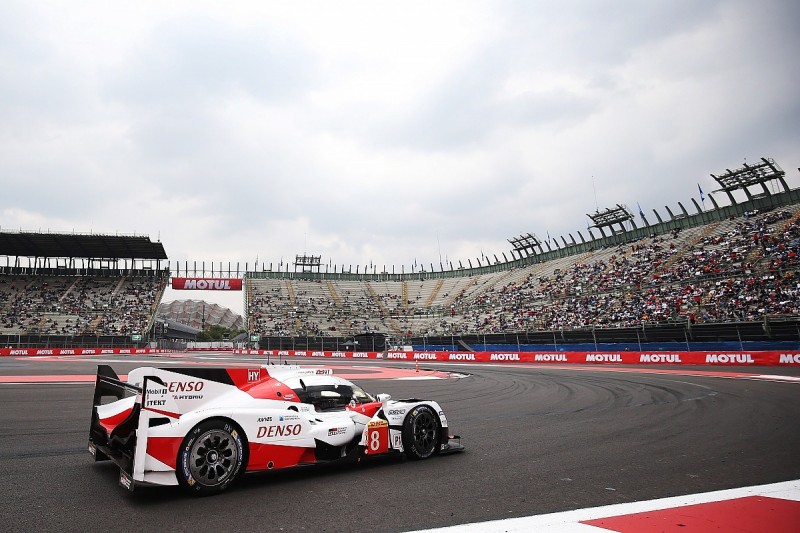 Davidson added that the remaining circuits on the WEC schedule, in particular his team's home race at Fuji, should allow Toyota to be more competitive as they do not demand so much downforce.

"We were always going to struggle here more I think, a place where you need to throw the most downforce you can at the thing," he said.

"With the high altitude it's paramount to have the maximum downforce available. We clearly lacked it at the Nurburgring and here as well.

"Going to Austin, hopefully we'll fare a bit better, and I'm sure we'll still have some circuits later in the year, particularly Fuji, where we should be right on a par with them."

Why the WEC's bombshells won't fix its main problem