Porsche was never threatened by rival Toyota over the course of the six-hour race, the two 919 Hybrids finishing a lap clear of the Japanese cars.

The margin in favour of the championship leaders over team-mates Nick Tandy, Andre Lotterer and Neel Jani was just seven seconds at the chequered flag.

The lead for the Hartley car had been as much as nearly half a minute after Lotterer had to take drive-through because a problem with the pitlane limiter led to a speeding offence, but Jani cut a 20s deficit to Bernard in half over the course of the final stint as the German driver backed off.

The drive-through and a change of fuel flow meter for the winning cars were the only hiccups encountered on Porsche on the way to a third consecutive victory.

Hartley said: "It was an awesome race by the Porsche team. I said after qualifying that we had a great car from the first laps and only needed to make small tweaks.

"The team made the lives of us drivers easy and we had a fairly smooth race."

The Toyota TS050 HYBRID was not a competitive proposition at Mexico City, the car lacking downforce at the high altitude track.

The #8 entry that finished third in the hands of Sebastien Buemi, Kamui Kobayashi went a lap down just three hours and 20 minutes into the race.

The Anglo-Swiss Rebellion Racing squad took its first LMP2 victory with the best of its pair of ORECA-Gibson 07s, driven by Bruno Senna, Nicolas Prost and Julien Canal.

Senna came through from third on the grid to build up a 30s lead in the early stages and Prost and then Canal maintained first position apart from a brief period in the penultimate hour.

Ben Hanley moved into the lead in the best of the Manor ORECAs and Senna had a quick spin as he strived to catch the Briton.

But Senna moved back into the lead when Hanley had to take tyres at the Manor car's final pitstop. 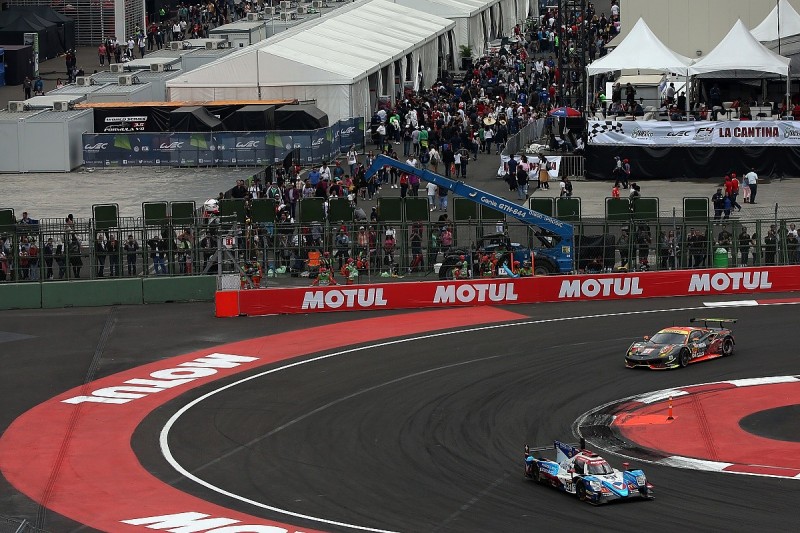 Hanley, who shared with Matt Rao and Jean-Eric Vergne, looked destined to take second after passing Nicolas Lapierre in the Signatech Alpine ORECA, only to spin in the closing stages.

That allowed the Signatech car, co-driven by Gustavo Menezes and Andre Negrao, to take second place, 25s seconds behind Senna.

Their Vantage GTE battled with the Ferrari 488 GTE shared by Sam Bird and Davide Rigon for much of the race and was in the lead when it stopped under a full-course yellow virtual safety car with just over an hour to go.

Thiim trailed the Ferrari, which ended up making one pitstop fewer, to the flag by just eight tenths of a second, but the Italian car had already been awarded a 10s time penalty for speeding during the full course yellow.

That gave Sorensen and Thiim the victory by just over 9s when the results were adjusted.

No one else was in contention in GTE Pro, Frederic Makowiecki and Richard Lietz ending up a lap down in third in the best of the factory Porsche 911 RSRs.

The GTE Am class was won by the Dempsey-Proton Porsche 911 RSR shared by Christian Ried, Marvin Dienst and Matteo Cairoli, who finished a lap ahead of the Aston Martin Vantage GTE shared by Pedro Lamy, Mathias Lauda and Paul Dalla Lana.