The operation that has produced a line of hydrogen test cars over the past 10 years will supply the electric motors, battery and transmission, leaving manufacturers and teams entering the category to develop the fuel-cell stacks that produce the electricity.

The announcement that Le Mans organiser the Automobile Club de l'Ouest has selected GreenGT follows last week's news that Red Bull Advanced Technologies and ORECA will work together on the one-make chassis.

ACO president Pierre Fillon described GreenGT as an "obvious choice for us".

"We have already been working together for several years and the expertise we have built up thanks to the MissionH24 project will benefit the teams that enter the class," he said.

"We know where we want to go, and with excellent companions to help us on the way, the ACO is determined to achieve the goal of making a real contribution to sustainable mobility."

GreenGT boss Christophe Ricard added that his company is "proud to be joining prominent automotive experts ORECA, Red Bull Advanced Technologies and Plastic Omnium [which is the supplier of the high-pressure fuel tanks]". 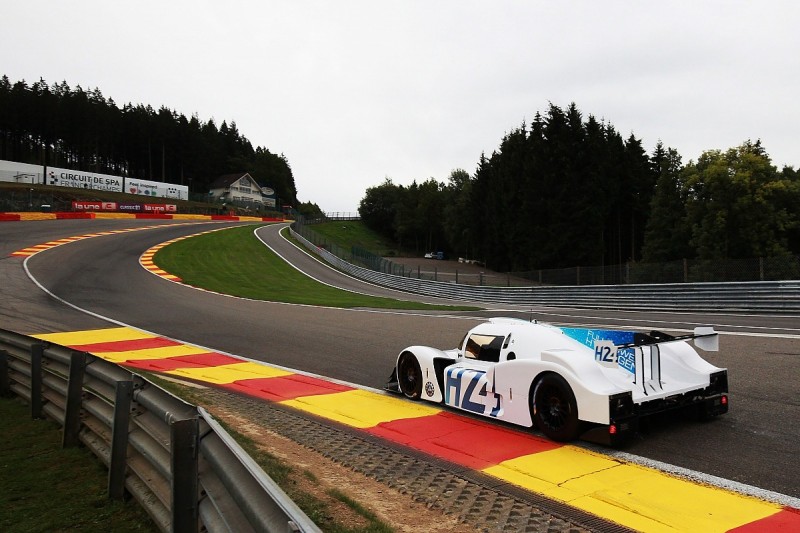 "The challenge is great, as is our determination to meet it," he said.

The ACO and GreenGT launched the MissionH24 initiative in September 2018 as a lead-in to the proposed hydrogen class.

GreenGT has produced two test vehicles, both based on an ADESS LMP3 chassis, under the MissionH24 banner as part of the data gathering exercise.

The first car, known as the LMPH2G, was demonstrated on the full Le Mans circuit ahead of the 24 Hours in 2019 and subsequently ran during a free practice session of a Le Mans Cup round on the European Le Mans Series bill at Spa later in the year.

A second generation of the car was shown at the rescheduled 2020 Le Mans last September.

GreenGT's first hydrogen prototype developed on a chassis supplied by Welter Racing was slated for a Le Mans entry in 2013.

It was due to run in the the 'Garage 56' grid slot reserved for experimental machinery taken by Nissan's Deltawing and ZEOD RC in 2012 and '13 respectively, but was withdrawn with GreenGT citing the need for further development.