Westbrook believes the Glickenhaus-Pipo 007 LMH is a race-ready package ahead of its debut in this weekend's Portimao 8 Hours, the second round of the 2021 World Endurance Championship.

"We are really confident in the car: how it performs on track and in its reliability," said Westbrook, who shares the solo Glickenhaus Racing entry with Romain Dumas and Ryan Briscoe at the Algarve circuit near Portimao.

"I'm convinced we are ready for Portimao, where I don't think we would have been if we'd gone to Spa [for the opening WEC round at the start of May].

"This project has started from scratch, so there was a lot to learn and a lot of small things to get right."

Westbrook backed up team founder Jim Glickenhaus's confidence in the reliability of the 007, which has been developed in Italy by Podium Advanced Technologies.

"In all the testing we've done, including the 30-hour test at Aragon last month, we've never had a major reliability issue," Westbrook told Autosport.

"In terms of the major components — the engine, the gearbox and the suspension — everything has been 100 percent from the beginning.

"For the 30-hour test we ran some parts that were beyond their mileage life and we still didn't have any problems with the engine/gearbox platform.

"We did have some electrical glitches with parts that went over their life, but they happened well into the 30 hours."

Westbrook added that he is confident his 007 will see the chequered flag at the end of Sunday's eight-hour race. 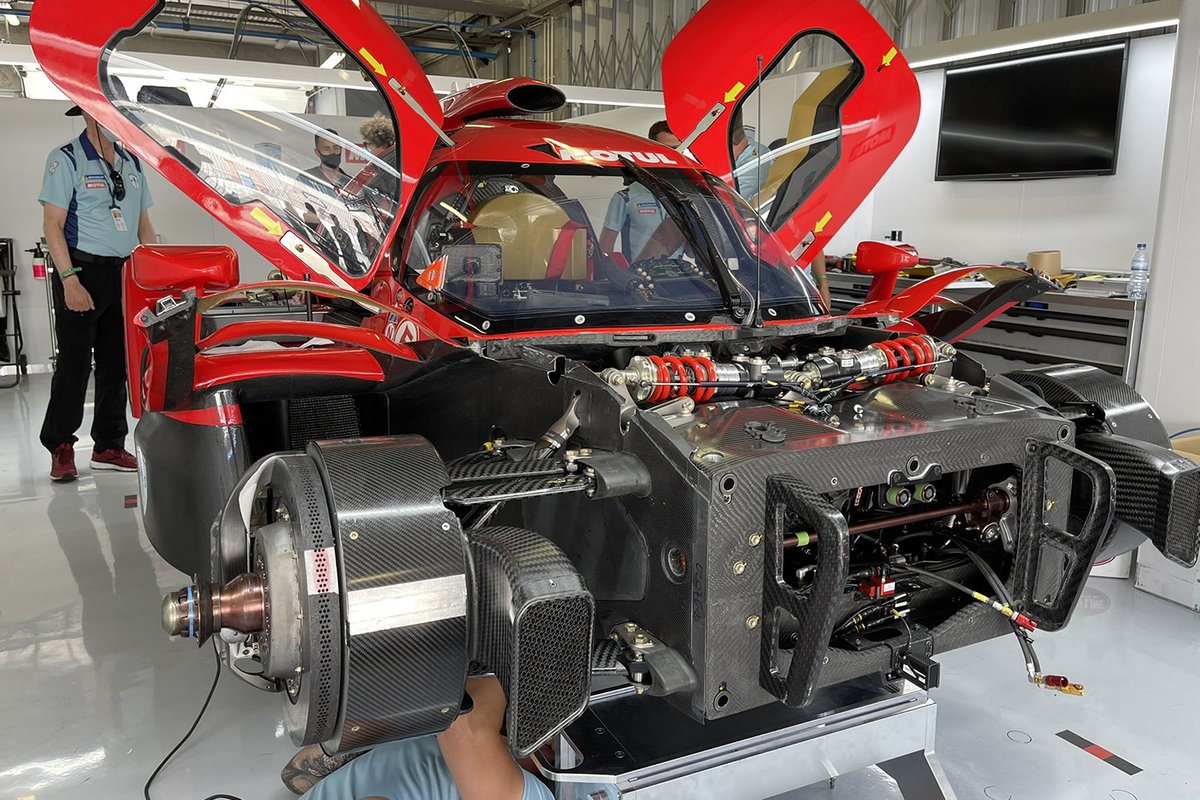 "Not finishing isn't a worry at all, though you can always have something unexpected crop up in the race," he explained.

"On what we've seen in testing, doing the eight hours isn't going to be a problem."

Westbrook reserved judgement on how the Glickenhaus will compare with its competitors in the Hypercar class, Toyota's GR010 HYBRID LMH and the Alpine-Gibson A480 LMP1 car.

"Everyone keeps asking me how are we going to stack up, and the answer is that I don't know because we've done all of our testing on our own, save for a couple of LMP2s joining us at Aragon," he said.

"All I can say is that the car is great to drive, feels really balanced and never does anything crazy.

"We'll be in a much better position to answer the question after five laps of Free Practice 1 on Friday."

Westbrook suggested that the cars competing in the Hypercar class are, as at Spa, unlikely to be far ahead of the LMP2 prototypes in terms of one-lap pace this weekend.

"People need to realise that Portimao is more of an LMP2 track, whereas when we get to Monza [for round three of the WEC in mid-July] and then the Le Mans 24 Hours [in August] I'm sure we're going to have more of a margin," he explained.

Glickenhaus skipped the opening round of the WEC at Spa to focus on development of the car ahead of its homologation, which fixes its specification for five seasons.

The 007, the first chassis completed, that undertook the 30-hour test at Aragon is undergoing a rebuild ahead of Monza when the Glickenhaus team will field both its entries for the first time.