The AF Corse-run factory Ferrari team has named Miguel Molina as Davide Rigon's team-mate in GTE Pro for the full season on the closing date for entries for the Silverstone series opener on September 1.

A Ferrari spokesman explained that the prospect of up to two clashes between the WEC and FE calendars was behind the move.

"The situation with the calendar is still not clear and there is still the possibility of clashes," he told Autosport.

"Today [Tuesday] is the day that we had to nominate drivers with the FIA, so we had to take a decision."

Ferrari revealed last month that Bird would not continue full-time in the #71 Ferrari 488 GTE if his Virgin FE commitments forced him to miss multiple WEC events.

The Spa WEC round has been shifted forward a week to avoid a clash with the new Seoul FE fixture next spring, but there is still uncertainty over the TBA date on the FE calendar in December and the Chinese fixture in March which clash with Bahrain and Sebring respectively.

Molina, a Ferrari factory driver since 2017, moves into the full-time AF line-up after racing with Bird and Rigon in the past three editions of the Le Mans 24 Hours.

The spokesman re-iterated Ferrari's position that Bird will be retained and explained that it is likely he will team up with Rigon and Molina at Le Mans next year.

James Calado and Alessandro Pier Guidi, class champions in the WEC in 2017, will again drive the #51 factory entry.

It is likely that they will be partnered at Le Mans in 2020 by Daniel Serra, with whom they took GTE Pro honours in this year's French enduro. 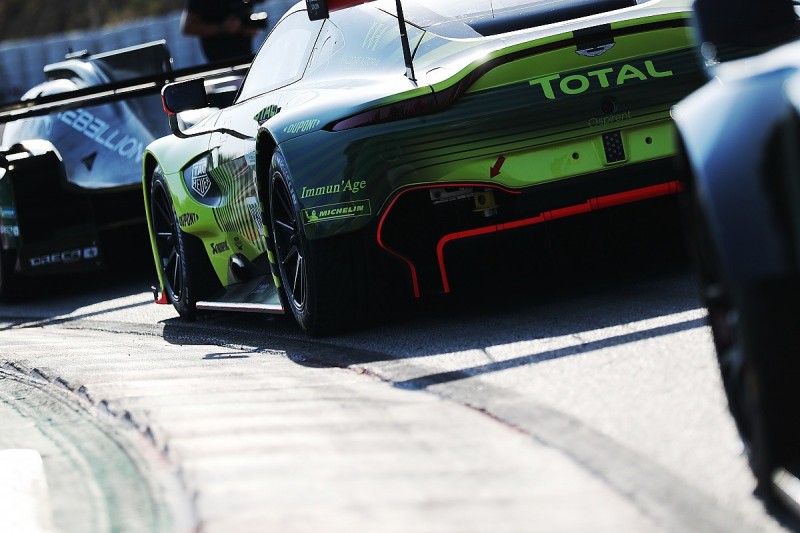 Turner, who has been a member of the Aston Martin Racing factory programme since 2005, will race alongside Canadian Paul Dalla Lana in the full 2019/20 season, starting at Silverstone next month.

They will share the second-generation Vantage GTE with Ross Gunn, who moves up from reserve driver status for his first WEC campaign.

The two Britons replace ex-Formula 1 driver Pedro Lamy and Mathias Lauda, who have driven together with Dalla Lana in the WEC as a trio since 2015.

Turner and Gunn have been teamed with Dalla Lana after testing the AMR GTE Am entry at last month's official pre-season WEC test at Barcelona.

They drove the #98 Aston together with Matthieu Vaxivieire, who races for the R-Motorsport Aston team in the Blancpain GT Series, and Lamy and Lauda at the so-called prologue.

Turner said: "I'm really looking forward to joining Paul and Ross in the #98 car and challenging for the 2019/20 GTE Am championship.

"It's going to be very hard work and I think it is going to be the most competitive season in the category, with some very quick cars and some very strong line-ups."