Molina and de Vries impressed during a shoot-out test at Vallelunga on Tuesday for the seat in the factory AF Corse team's GTE Pro WEC line-up that Bruni looks certain to vacate to go to Porsche.

Ferrari was understood to be impressed by 22-year-old de Vries's desire to learn about sportscar racing.

The duo tried out in a Ferrari 488 GTE alongside Alessandro Pier Guidi and Alex Riberas, who have existing links with the Italian manufacturer and its GT racing technical partner, Michelotto. 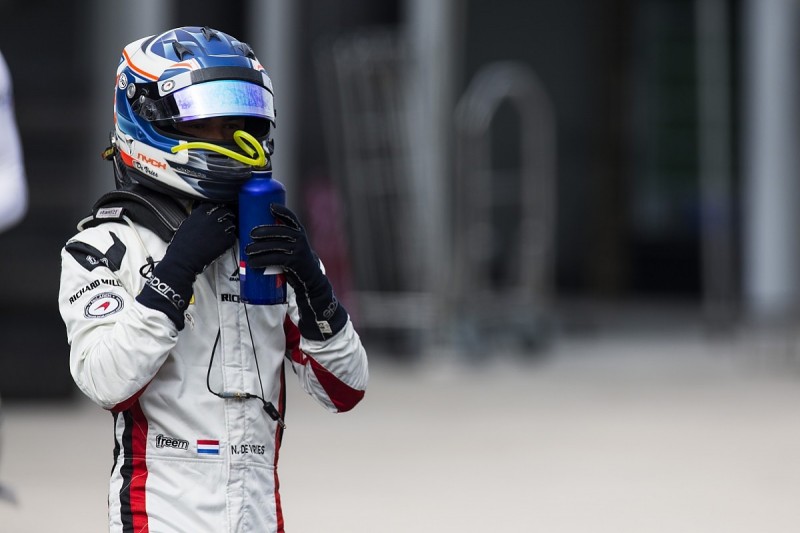 Sources at Ferrari suggest that Molina and de Vries have now moved above Pier Guidi and Riberas in the race to fill the WEC vacancy for the coming season.

Ferrari could to recruit two drivers with the money saved on the departure of Bruni, who signed a lucrative contract extension in 2015 after a previous attempt by Porsche to recruit him.

Both Ferrari and Porsche, which has only announced three drivers for its full-factory return to GTE Pro in 2017, have refused to discuss the contractual dispute involving Bruni.

It appears likely that the Italian, twice a winner of the WEC GT title, will have to miss part of the season as he serves a period of notice.