The 33-year-old will dovetail his WEC campaign driving for the Jota-run Jackie Chan DC Racing squad with an assault on the Blancpain GT Series Endurance Cup with the factory Bentley M-Sport team.

He will share the lead DC Racing ORECA-Gibson 07 with sometime Renault Formula 1 test driver Ho-Pin Tung and former world karting champion Thomas Laurent, who was a race winner with the team in this winter's Asian Le Mans Series.

Jarvis, who left Audi after nine seasons following its withdrawal from the WEC last year, told Autosport: "This is the perfect combination for the year ahead because I am racing with a manufacturer and continuing in the WEC in a prototype.

"I love the WEC and have made many friends there, and I also love driving prototypes."

Jarvis will get his first taste of the new ORECA P2 coupe at a Dunlop tyre test at the Aragon circuit in Spain this week.

"I'm looking forward to driving the car and hopeful of a successful season if we can hit the ground running," he said.

"It looks like there are going to be a lot of strong line-ups in P2 this year, but Jota's results last year [as G-Drive Racing] speak for themselves."

Jarvis also thanked Bentley for allowing him to take up the offer of an additional programme, having made his race debut with the marque in the Bathurst 12 Hours earlier this year (pictured below).

He will share one of the two M-Sport Bentley Continental GT3s with former Le Mans 24 Hours winner Guy Smith and Steven Kane in the BGTS enduros, including the Spa 24 Hours.

Alex Brundle and Tristan Gommendy look set to share DC Racing's second car with team co-owner David Cheng, who is not confirmed to contest all the races. 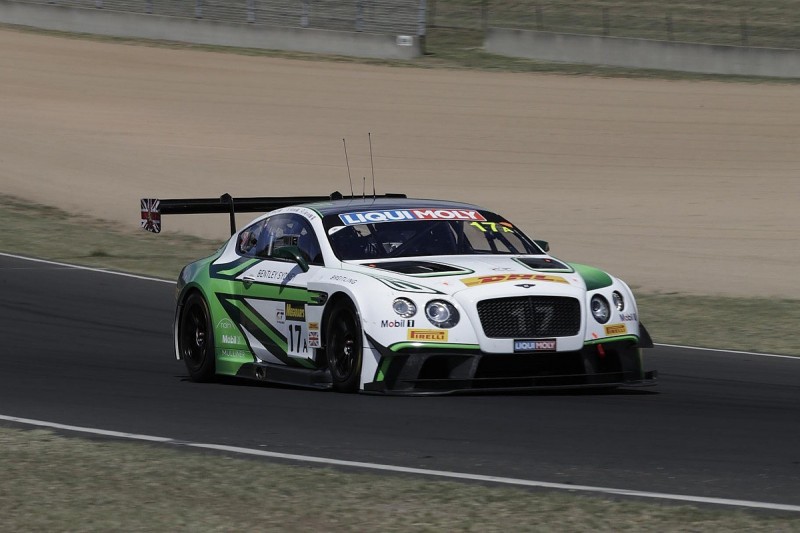