The move, outlined by Autosport on Tuesday, means that the Valkyrie hypercar will not make its race debut at the Silverstone 2020/21 opener at Silverstone this September.

Aston cited last month's announcement that the next breed of IMSA SportsCar Championship prototypes will be able to vie with LM Hypercars in the WEC from the start of the 2021/22 season for the postponement.

It stated that it will "will now pause as it considers whether to continue in any future prototype class" and that it remains "open to working with both organisations to find a suitable pathway for any future participation".

Aston stressed that it will continue in the WEC as a factory with its existing GTE Pro programme.

Aston Martin Racing president David King said: "With such momentous change taking place in sportscar racing, the decision to pause our entry into the WEC Hypercar class gives us the time and breathing space to calmly assess the status of the top level of the sport, and our place within it.

"Competing against our closest rivals on the road in GT racing makes perfect sense: [the] Vantage is winning in some of the most fiercely-contested sportscar classes in global motorsport, and long may this continue." 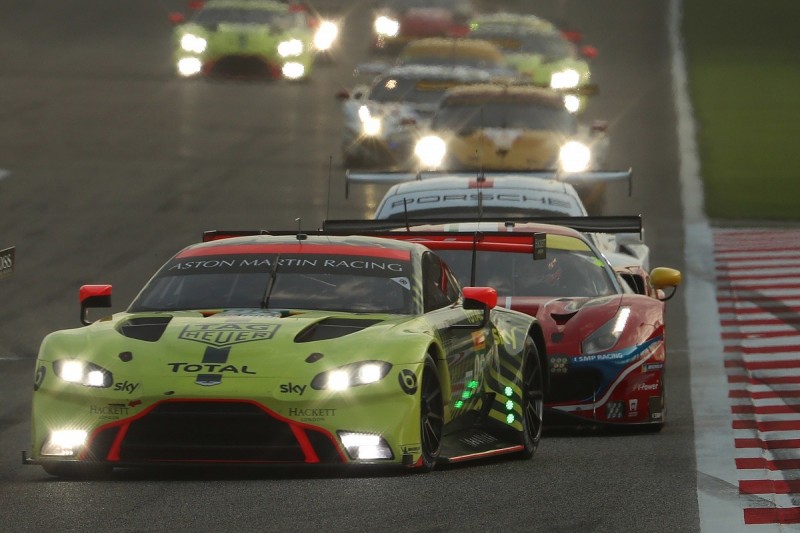 Aston Martin boss Andy Palmer stressed that it is still the company's desire to compete for outright honours at the Le Mans 24 Hours, the blue riband round of the WEC.

He stated that its desire to reprise its 1959 overall victory in the French enduro remains "undiminished", but added that "it is only right that we reassess our position in light of a significant change in the landscape that was not anticipated when we committed last year".

"We entered Aston Martin Valkyrie in WEC and at Le Mans with the understanding that we would be competing with similar machinery and like-minded manufacturers," he said.

"The situation has changed and it makes sense for us to pause and reconsider our options."

The statement made only fleeting reference to Aston Formula 1 entry in 2021 when the Racing Point team will take its name after a group led by its owner Lawrence Stroll took a stake in the British manufacturer last month.

Aston Martin announced its return to the top class of the WEC last June after confirmation of rules allowing road-based machinery such as the Valkyrie to race against the lookalike prototypes for which the LM Hypercar category was originally envisaged.

It has revealed little about its programme since then and had only tacitly confirmed that Multimatic Motorsport was masterminding development of the race version of the car.

Aston's withdrawal from the 2020/21 WEC leaves Toyota as the only major manufacturer confirmed for the first year of the LM Hypercar division.

It added that it was "perhaps not unexpected in light of the persistent rumours over the last six months concerning the fragility of the brand's exposure in the rapidly evolving automotive market, together with its decision to enter F1 as a works team in 2021".

It outlined a hope that the Valkyrie race programme will reach the racetrack and stated that its strategy involving the LM Hypercar and LMDh rules remains changed.