Ferrari has opened the door on a possible factory LMP1 entry in the future using a powerplant based on its 2014 Formula 1 engine.

Antonello Coletta, who heads up the Italian manufacturer's non-F1 sporting activities, has revealed that Ferrari is studying the new energy-based P1 rulebook that comes into force next season.

He did not rule out an entry with a Ferrari-built chassis and the F1 turbocharged V6 into the World Endurance Championship at some undetermined point in the future.

"It is normal that Ferrari should screen all opportunities and stand at the window and look in," Coletta told AUTOSPORT.

"It is important for us to understand what is available in the future."

But Coletta stressed that there were no immediate plans for Ferrari to mount its first factory prototype campaign since 1973.

"At the moment we are concentrated on F1, so it would not be possible to do something else," he explained.

Coletta stressed that if Ferrari did join Audi, Toyota, Porsche and, most likely, Nissan in LMP1 in 2015 or beyond it would be with a full-factory effort and not just as an engine supplier.

"Either we build a car or we do not come," he stated.

Renault has also raised the prospect of its 1.6-litre F1 V6 becoming the basis of a P1 powerplant. 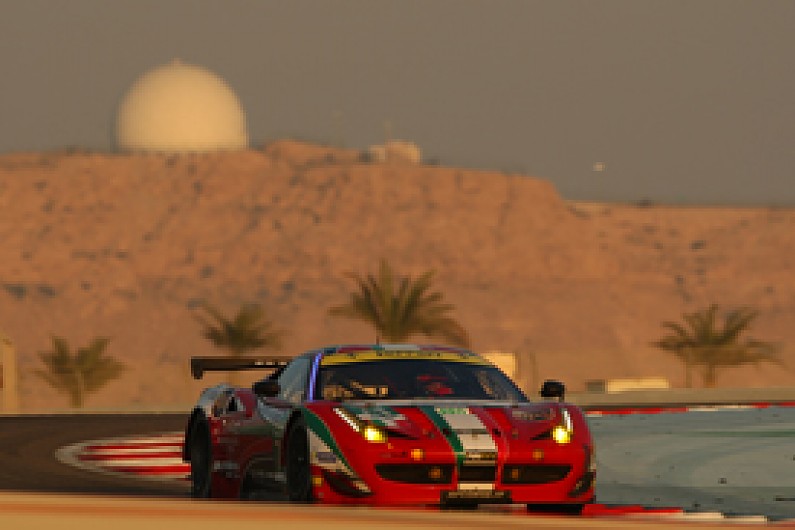 Ferrari will remain in the WEC's GTE Pro class with the AF Corse team in 2014, Coletta underlined.

"The programme is confirmed and it is natural that the situation should be the same same as 2013," he said.

He denied rumours that ex-F1 driver Giancarlo Fisichella would not be part of Ferrari's plans.

"Nothing will change. We are very happy with our drivers and Giancarlo is one of our drivers," he said. "Only the mix [of driver pairings] might change."

The Ferrari GT driver line-ups were altered ahead of last weekend's Bahrain finale, ostensibly to give Ferrari two chances of taking the drivers' crown.