KTM has confirmed it has signed Moto2 rookie sensation Raul Fernandez for the 2022 MotoGP season to join the Tech3 squad.

Fernandez stepped up to Moto2 this season with Ajo’s KTM-backed squad having ridden for the marque at the Finn’s team in Moto3 in 2020, finishing fourth in the standings.

The 20-year-old has made an immediate impact in Moto2 aboard the Ajo KTM-run Kalex chassis, winning three races as he battles for the title with team-mate Remy Gardner – the pair split by 31 points after the first nine races.

Ahead of the Dutch TT in June, Autosport reported Fernandez had signed a deal to step up to MotoGP with Tech3 KTM in 2022 having been Petronas SRT’s number one choice for a ride.

Fernandez’s current KTM contract had a half a million euro buyout clause in it and SRT admitted to Autosport that it wouldn’t interfere in Fernandez’s relationship with KTM.

Though the press release from KTM doesn’t specify the length of Fernandez’s deal, Autosport understands it will be for two years.

“Honestly, I’m really pleased with this opportunity from KTM, as much for this year as for the next,” Fernandez said.

“I’ve been learning a lot and enjoying Moto2 and was able to get into a position where I have this chance to enter MotoGP and for which I’m very grateful: it’s the dream of any rider to arrive to this class.

“Right now, the most important thing is to keep focusing on this season and giving all I have up until the last race to try and fight for the championship.

“If it doesn’t work out then fine, everything happens for a reason, and you have to look towards the positives.

“I’ve been a rookie this year and I want to close the chapter and then start again for 2022 where I’ll be looking to find a good feeling on the bike and, above all, aiming to enjoy myself.”

Fernandez will join Gardner at Tech3 next year, whose promotion to MotoGP was confirmed in June, while KTM’s factory team line-up will continue to be helmed by Brad Binder – who will remain until the end of 2024 – and Miguel Oliveira. 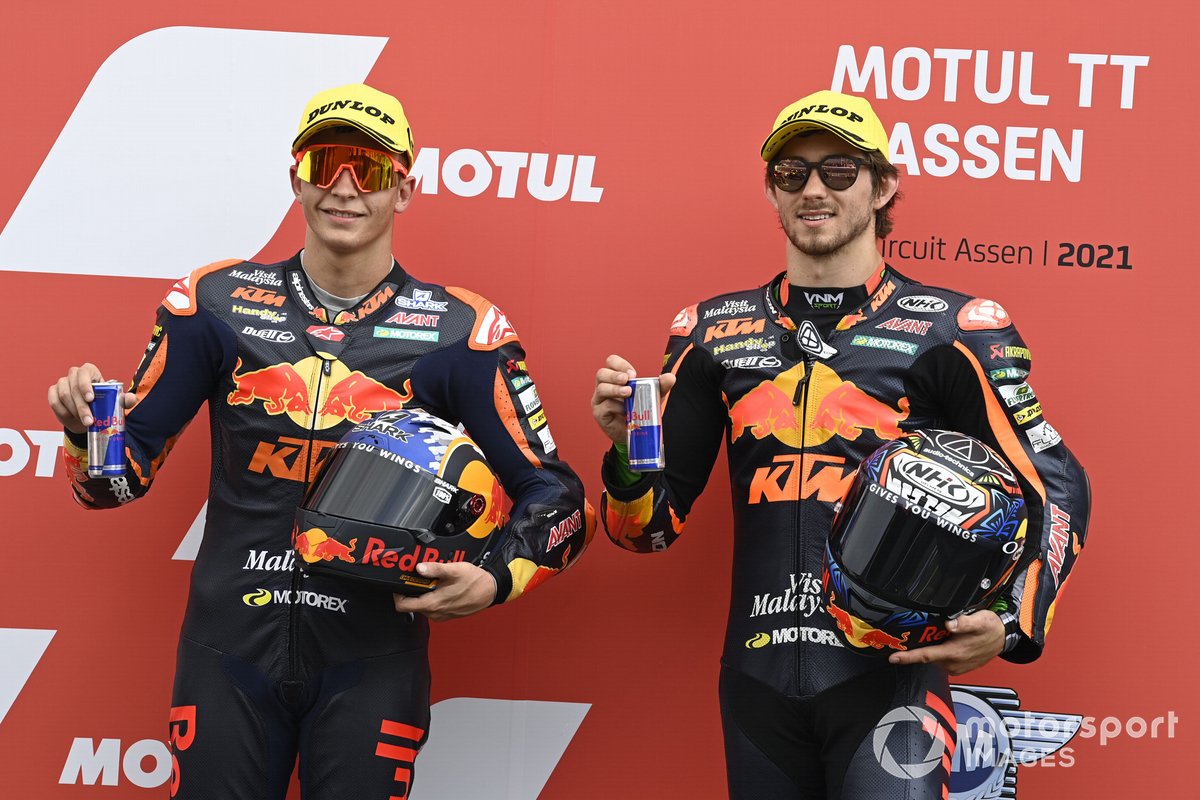 Fernandez joins Maverick Vinales and Joan Mir as riders being promoted to MotoGP after just one season in Moto2.

This announcement for KTM will leave Iker Lecuona and Danilo Petrucci without rides for the 2022 season currently.

Lecuona has previously said he won’t return to Moto2 if he loses his MotoGP ride for 2022, while Petrucci told Autosport he was eyeing a switch to moto rallying and a potential Dakar charge.

With Valentino Rossi retiring at the end of the year and Franco Morbidelli set to step up to the factory Yamaha squad in place of Vinales, who is set to join Aprilia, only a few seats remain open for 2022.