MotoGP legend Valentino Rossi has confirmed the 2021 season will be his last after announcing his retirement from motorcycle racing on Thursday in Austria.

Spanning 26 seasons, Rossi is one of the most decorated competitors in world motorsport, the Italian winning a record-equalling seven premier class title and nine overall across MotoGP, 250cc and 125cc.

From 414 starts, Rossi has taken 115 grand prix victories, with 89 of those coming in the premier class, while his total podium haul stands at 235 as of the 2021 Dutch TT.

After losing his factory Yamaha slot for 2021, Rossi elected to continue his career into this season with backing from Yamaha at Petronas SRT – but the campaign has so far been his worst ever, the Italian scoring just 19 points from the first nine races.

As a result, retirement has looked a certainty since the summer break – though the possibility of him racing his own VR46 Ducati in 2022 did appear, after it emerged the title sponsorship between the team and Saudi oil giant Aramco doesn’t exist.

On Thursday at the Styrian GP – at the venue where Rossi took his first grand prix podium in the 125cc class back in 1996 – the Italian legend announced his retirement from MotoGP.

"I said during the season I’d take my decision for next year after the summer break. I decided to stop at the end of the season, so unfortunately this will be the last season as a MotoGP rider," Rossi said in a press conference ahead of the Styrian GP to announce his decision.

"It’s difficult, it’s a very sad moment because it’s difficult to say and to know that next year I will not race with motorcycles. I’ve done this for more or less 30 years so next year my life will change.

"But anyway, it was great, I enjoyed it very much, it’s a long, long journey and it was really, really fun.

"It’s 25 or 26 years in the world championship. It was great and I had an unforgettable moment with all my team, with all the guys that work for me. So I don’t have a lot to say, just this." 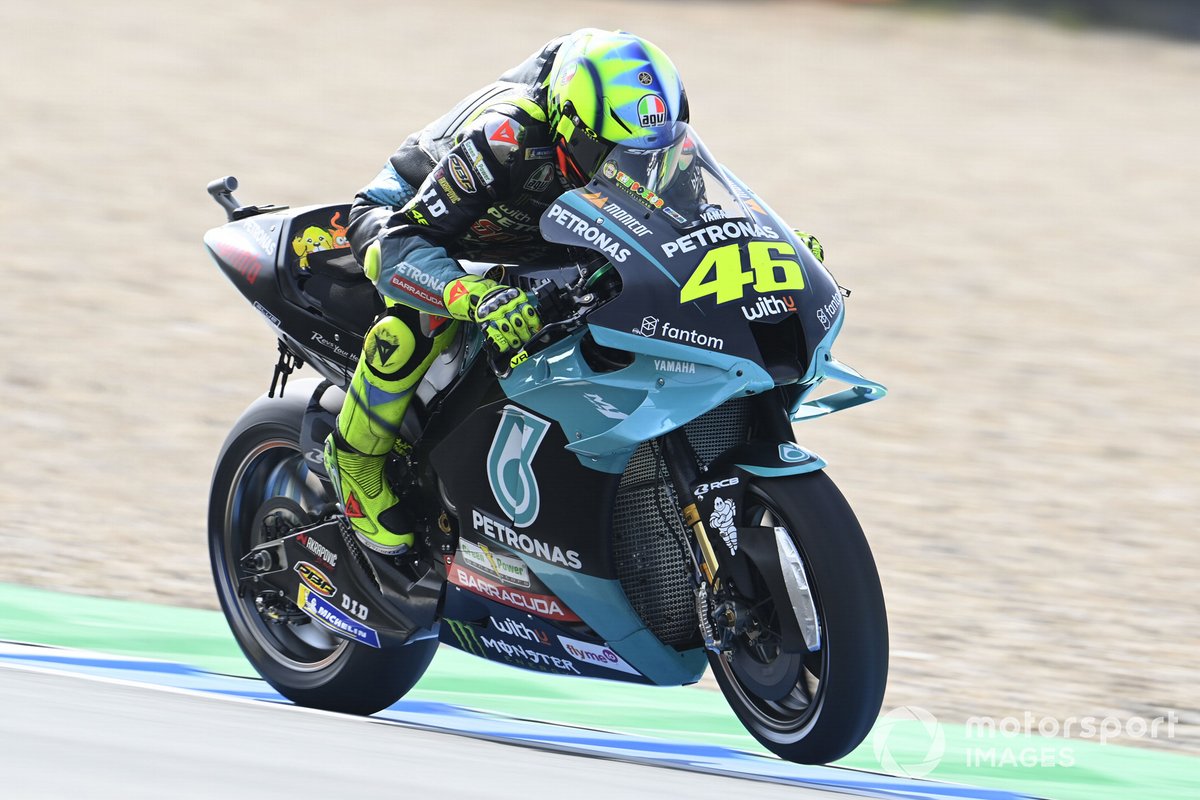 The 41-year-old made his grand prix debut in the 125cc class in 1996 and was champion in the division the following year before stepping up to the 250cc class in 1998 and winning the title in 1999.

For 2000 Rossi was signed by Honda to a factory-backed satellite NSR500 and dominated the 2001 campaign to win the first of his seven premier class titles.

For the new four-stroke MotoGP era in 2002 Rossi rode for the Repsol Honda team, winning the title in 2002 and 2003 before making a shock switch to Yamaha for 2004 after his relationship with HRC soured.

Yamaha hadn’t won a grand prix throughout 2003, but Rossi took the revamped M1 to victory in his first race on the bike in South Africa after a duel with Max Biaggi and would go on to win the title.

Rossi was champion again in 2005, but difficult campaigns in 2006 and 2007 saw him cede the title to Honda’s Nicky Hayden and Ducati’s Casey Stoner.

Rossi added two more titles to his tally in 2008 and 2009, but the tide was turning at Yamaha and the arrival of Jorge Lorenzo in 2008 led to escalating tensions.

The Italian’s 2010 title hopes vanished when he broke his leg during practice for the Italian GP, with Lorenzo going on to win the championship.

Rossi made a big-money move to Ducati for 2011, but scored just three podiums across disastrous 2011/2012 campaigns and returned to Yamaha in 2013.

Returning to winning ways at Assen that year, Rossi won twice in 2014 and was runner-up in the championship before mounting a charge for the 2015 title in a bitter battle with Yamaha team-mate Jorge Lorenzo.

After accusing Marc Marquez of conspiring with Lorenzo to sabotage his title hopes in Australia, Rossi’s championship aspirations fell apart in Malaysia when a controversial incident with Marquez netted him a back-of-the-grid start for the Valencia finale. 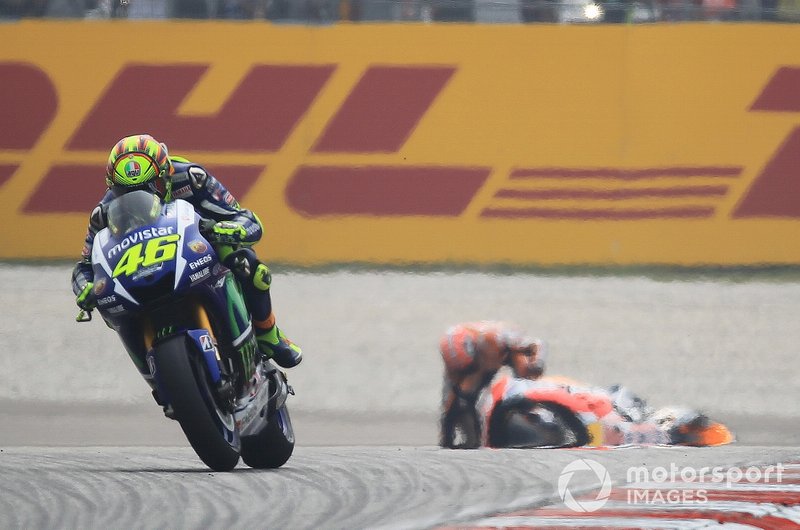 Rossi fought through to fourth but Lorenzo was crowned champion. This marked a turning point in Rossi’s career, his tally of wins shrinking from four in 2015 to just two in 2016 and one in 2017.

Rossi’s larger-than-life personality and his famous rivalries with the likes of Biaggi, Sete Gibernau, Casey Stoner and Lorenzo, helped propel MotoGP into the mainstream.

The Italian’s legacy will live on through his VR46 Riders Academy, which has helped young Italian talent, and his VR46 team – which will make its MotoGP debut in 2022.

Having famously flirted with a switch to Formula 1 in the 2000s and taken part in a number of car events, Rossi has previously expressed a desire to race GT3 machinery after his MotoGP career and potentially compete in the Le Mans 24 Hours.