The Avintia MotoGP team has announced it has retained Tito Rabat for the next two seasons, ending speculation that the 2014 Moto2 champion could make a World Superbike switch

Rabat joined the Avintia team last season, but had his season cut short by a horror leg injury sustained in a crash during a wet practice session at Silverstone.

His place at the team came under some doubt, as Moto2 frontrunners Alex Marquez, Lorenzo Baldassarri and Remy Gardner were touted to replace him at the customer Ducati squad.

Rabat was also linked a switch to WSBK with Kawasaki, but a solid run of races before the summer break elevated him to 19th in the standings and has secured his place at the team.

Avintia added it is in negotiations to bring onboard a major sponsor, and is seeking works machinery from Ducati for the next two seasons.

However, Ducati is already stretched to its limits in supplying the Pramac team with two works bikes for next year, which makes Avintia's ambitions unlikely.

"It is a pleasure to announce that Tito will continue with us for the next two seasons," said team CEO Raul Romero.

"There has been a lot of talk about Tito's future and the future of the team, but with this announcement we made it clear that we are moving forward together and that we will be stronger than ever before. 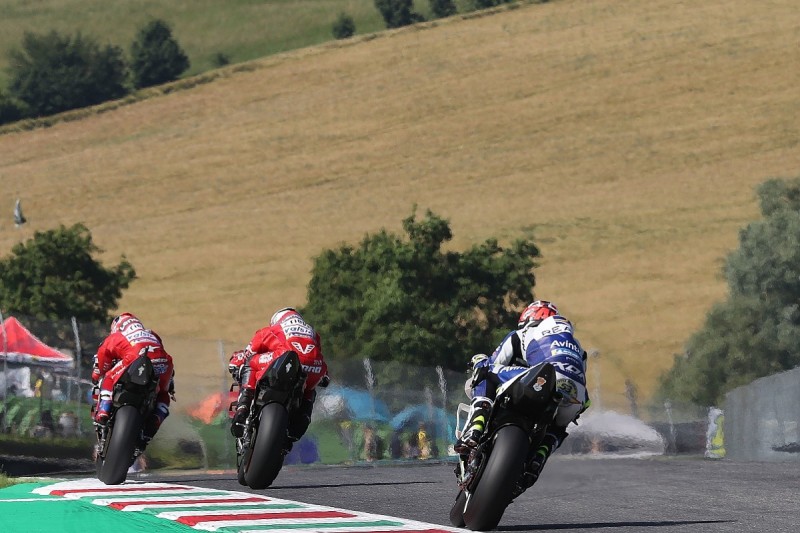 "The team grew steadily since we arrived in MotoGP and the next step is to get factory machines, the same way as all the other independent teams in the championship.

"We are working on this right now and we are also in negotiations with a big sponsor that perfectly matches the size of the project we are planning for the upcoming seasons."

On Tuesday, the Pons Moto2 team announced it would be continuing with Baldassarri and team-mate Augusto Fernandez for 2020, with Marquez now expected to remain with Marc VDS.

Marquez, like Rabat, had been linked to the seat alongside Jonathan Rea at Kawasaki in WSBK.

However, current rider Leon Haslam's position with the team has looked more assured in recent weeks, with his part in Kawasaki's first Suzuka 8 Hours victory since 1993 last weekend likely sealing his place for 2020.

Rabat will once again be partnered at Avintia next season by Karel Abraham, who signed a two-year deal with the team last year.