The LCR rider was dropped into the Q1 places after ending FP3 in 16th, and did occupy a spot inside the top two in the opening stages of the first 15-minute qualifying segment.

But Avintia's Tito Rabat got in his way towards the end of his penultimate lap, before rejoining in front of him after running off at the first corner, resigning Crutchlow to 16th on the grid with a 1m39.986s.

Just four tenths outside of the Q2 progression places, Crutchlow believes without Rabat getting in his way he could have made it into the second part of qualifying.

"I'm pleased with my day. To qualify 16th I'm not happy with," Crutchlow said when asked by Autosport to comment on his qualifying.

"I caught Tito on my lap... well, actually, I didn't catch him, he jumped in front of me on my lap into the third-to-last corner.

"I had [Francesco] Bagnaia ahead at one second, and the Tito jumped into the middle of the corner and blew my last corners.

"Then I had one lap left, I didn't pass him down the straight and he was trying to get the slipstream off Bagnaia and he braked so late into Turn 1.

"But he blew the corner and came back on in front of me, so he wrecked my last lap and I couldn't go again. I believe we could have gone through to the Q2, but we didn't and overall I feel not too bad." 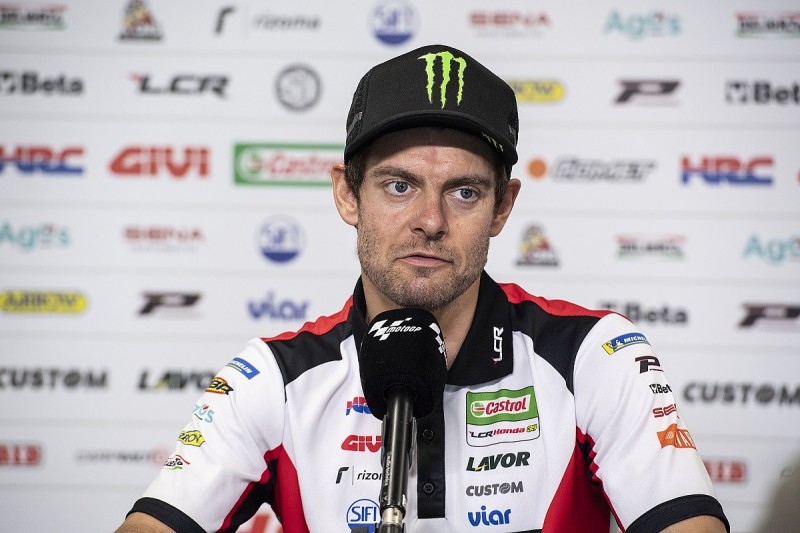 Crutchlow will start his first race since August's Styrian GP on Sunday having missed the Misano double-header through complications from arm pump surgery.

The LCR rider says his right arm was "rock hard" in the morning session, and though it improved in the afternoon he is worried about how it will be in the race.

"I'm concerned for my arm because essentially what I'm experiencing is worse than before the operation with regards to arm pump," he admitted.

"Obviously I've had the fascia taken out, so it's not suffocating the muscle like it was before.

"But it's the flexor tendon is just really, really tight, really painful and when the muscle gets expanded it pushes against it and I have exactly the same symptoms as I had before.

"So, I don't know, this afternoon was better than this morning, but I'll try and get through the race as best as possible."