MotoGP team boss Lin Jarvis says Yamaha is better at responding to the specific needs of its riders than rival marque Honda, despite Marc Marquez's success aboard the RC213V

Rossi and Vinales, for example, use different chassis components, as what suits one of them does not suit the other.

This is a situation that also occurs at Honda with Marquez and Jorge Lorenzo, though the latter has continued to struggle relative to his team-mate.

Lorenzo - currently on the sidelines with injury - did initially push Honda to make its bike more user-friendly, but he has more recently conceded the onus is now on him to adapt to a bike that is winning races in Marquez's hands - a sentiment echoed by Honda boss Alberto Puig.

Jarvis contrasted the "human" approach of Yamaha to the more "dictatorial" approach of Honda, which he feels would suffer greatly without Marquez. 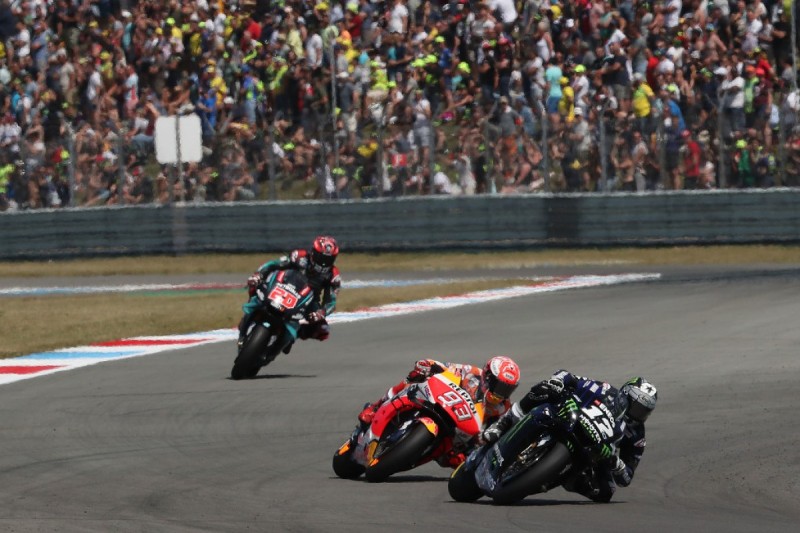 "I think Yamaha is capable of making a motorcycle tailored to each rider," Jarvis told Autosport.

"Honda responds to the peculiarities of its engineers. In general, Yamaha adapts better than Honda to the needs of its riders, to human contact. We are much more human.

"The partnership between Honda and Marquez is very powerful, but if Marc gets injured or decides to go to another brand, Honda will have many problems."

He added: "Everything depends on the perspective you analyse things from and what suits you.

"Jorge and Cal [Crutchlow] have tried to highlight the supposed problem that Honda has, but on the other hand you have Marc's successes and his level of competitiveness.

"We do not have any problem in following two different directions, we did it before with Valentino and Lorenzo and we won many titles with both of them."