Toyota knocked Glickenhaus off the top spot in the closing minutes of opening free practice for this weekend’s Le Mans 24 Hours round of the World Endurance Championship.

Franck Mailleux had led the way with a 3m29.917s, which was just a couple of tenths up on Pipo Derani’s 3m30.102s in the sister car, which ended up third in the final times.

A 3m30.403s set by Kamui Kobayashi aboard the #7 car set early in the session had stood as the fastest Toyota time before Hartley improved on Sebastien Buemi’s earlier best in #8.

The second Toyota was pushed down to fifth by the fastest LMP2 runner in the dying stages of the session.

Alex Lynn found just over two tenths aboard his United Autosports ORECA-Gibson 07 with a 3m30.238s to improve on a time set early in the session which had stood as best in class until his improvement.

The Alpine-Gibson A480, the final runner in the Hypercar class, ended up eighth in the classification behind three LMP2 cars courtesy of a 3m32.075s from Andre Negrao.

Antonio Felix da Costa went second in LMP2 and sixth overall in the best of the Jota ORECAs with just a handful of minute left on the clock.

PLUS: How an Italian junior formula giant is readying for its Le Mans future

Fourth fastest in class and ninth overall was taken by Robin Frijns in the best of three WRT-run ORECAs. 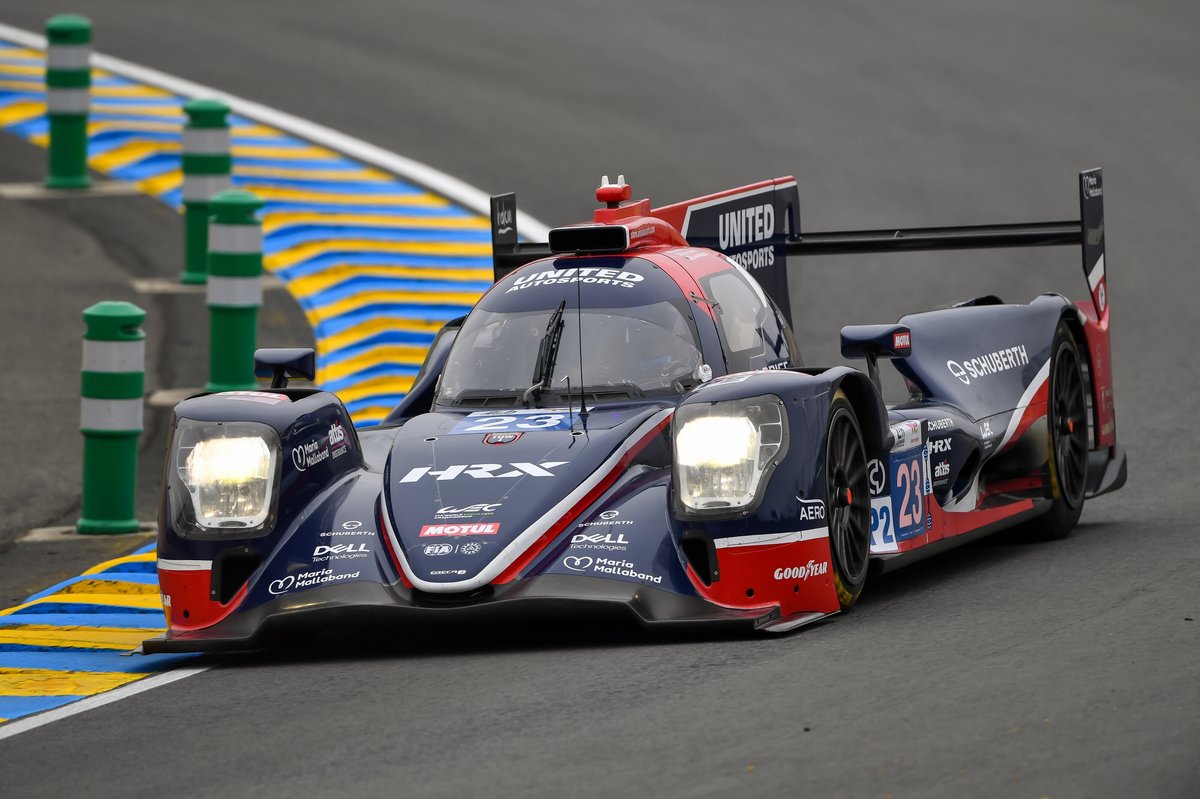 Fifth quickest LMP2, and the best of the pro/am runners, was Mathias Beche aboard the TDS Racing entry with a 3m32.536s.

A 3m53.250s from Antonio Garcia aboard the #63 Chevrolet Corvette C8.R knocked team-mate Tommy Milner in the sister car off the top spot.

The sister Porsche took fourth in class in the hands of Michael Christensen with a 3m54.601s.

The top car from Ferrari, which was hit by reduction in power with a late Balance of Performance change ahead of the session, was the #52 factory AF Corse entry.

Antonio Fuoco got down to a 3m54.543s late in the session aboard his Ferrari 488 GTE Evo, while the sister #51 car didn’t set a representative time.

The Proton-run WeatherTech Racing squad led the way in GTE Am. A 3m55.082s from Julien Andlauer gave the US entrant’s Proton-run Porsche 911 RSR a margin of nearly nine tenths over the GR Racing Porsche.

First qualifying begins at 19:00 local time with a one-hour session from which the fastest six cars in each class will go through to tomorrow’s Hyperpole session.