Andretti Autosport's Alexander Rossi topped Friday's IndyCar test session on the Indianapolis road course, despite it initially appearing Will Power had been fastest

The original end-of-day times clocked only 48 laps of Rossi's test run and placed him back in ninth as Power led the way for Penske.

"I'm happy that we were able to have a productive test after the weather washed us out at Barber [earlier this week]," said Rossi.

"We as a team are working very hard, day in, day out, and days like these are a representation of that."

Second-fastest Honda driver behind Rossi was Sebastien Bourdais in the Dale Coyne Racing with Vasser-Sullivan entry in sixth.

Bourdais was 0.2s faster than team-mate Pietro Fittipaldi, who will take over the #19 DCR car from Zachary Claman De Melo for the Phoenix race on April 7.

In between the two DCR cars was Scott Dixon's Chip Ganassi Racing entry.

New team Harding Racing did well to get within 1.3s of the pace with 2014 Indy Lights champion Gabby Chaves in 18th.

Aaron Telitz became the first current Lights driver to sample the 2018 IndyCar aerokit, testing James Hinchcliffe's #5 Schmidt Peterson Motorsports car. He was 0.8s off Hinchcliffe as they brought up the rear of the 20-driver field. 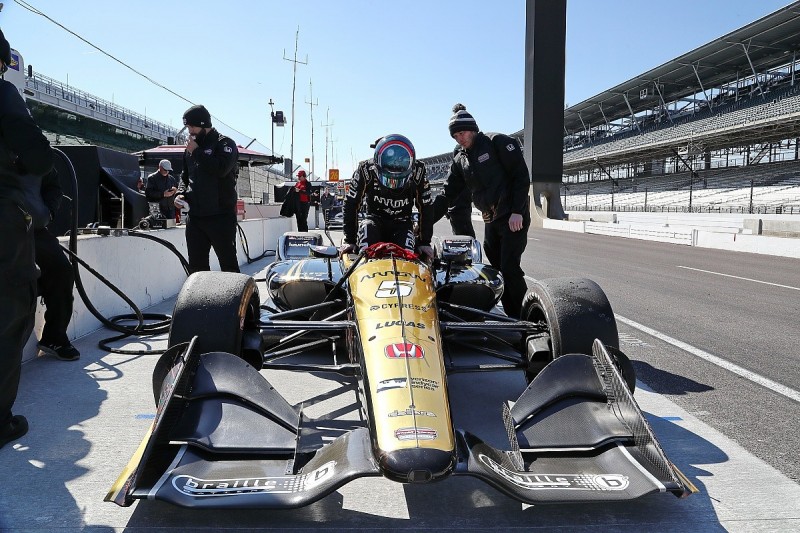