Honda says potential new IndyCar engines slated for 2020 will remain similar to the current layout, but the manufacturer wants a chance to "rethink" how the series develops power units

IndyCar currently uses 2.2-litre turbocharged V6 engines and has done so since 2012 and the series is now exploring a significant power hike to the 550-700bhp engines currently used.

Honda has already gone on the record to say it is against hybrids, but is keen to open up development again after a period of stagnation.

"It really depends on what we're trying to do as a series," he said. "Do we want faster cars, slower cars?

"We're working with the other manufacturer [Chevrolet] right now in determining what makes the most sense for the series depending on what the goals are.

"Now, I don't expect huge changes. We're not going to be 12-cylinder hybrids with energy recovery.

"We're not going to have that stuff. I imagine the package will be similar [to how it is currently]."

St Cyr said the lack of change was down to IndyCar maximising the current package, but added Honda was keen to have another chance to develop a programme from scratch.

"We want to make enough change that it requires kind of a reset in what we're doing," he said.

"With this engine, this is the seventh year. When you come up with a new engine, you have a capability to do some development. 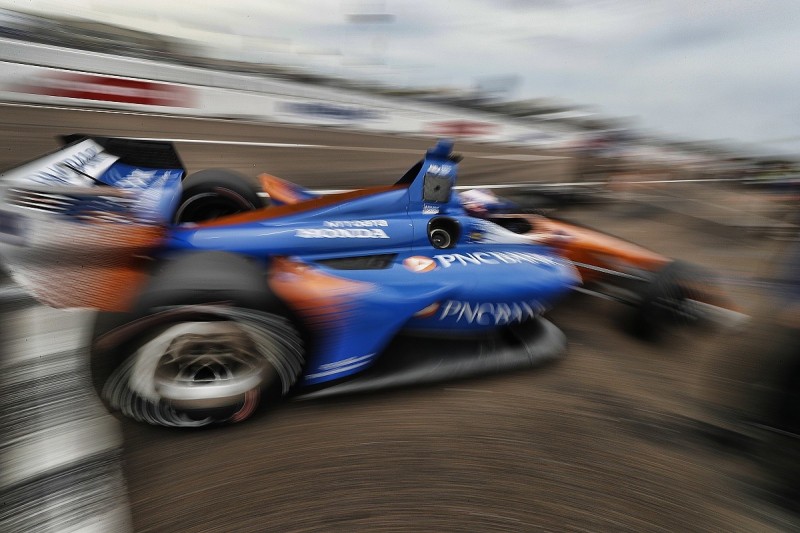 "Every year you have less and less development available. What we find is, especially on our side, when we started developing this engine we were sole supply.

"So, creating a bunch of power was not really in our mindset when we first started developing this engine.

"Now that we're making more and more power every year, we're really on the edge of the reliability of these engines as well.

"Now we know there is competition, that we know competition is here to stay, we want a chance to really rethink how we develop the engine from the start.

"Obviously new blocks, heads, those types of things. How do we prepare for an increasing power era?

"As far as specifics, those things still have to be worked out. Really from a philosophical standpoint, it's a different starting point for us and any manufacturer that wants to join this next era."