Schmidt Peterson Motorsports has announced that Jay Howard will return to the team to compete in the 2018 Indianapolis 500, expanding the team's line-up to four cars

It means 2018 will be the first time SPM has run four drivers since it attempted to qualify four entries in '02.

IndyCar is expecting around 35 entries for the Indy 500, reviving bumping, and Howard brings the confirmed total to the minimum grid size of 33 cars.

Howard's deal has been backed by One Cure, an organisation that raises awareness about the research and study of cancer and its treatments across different species.

"To say I am excited is an understatement," said Howard.

"There are no words to describe how happy I am to be representing CSU's One Cure initiative - it's an honour to be flying the green and black colours! 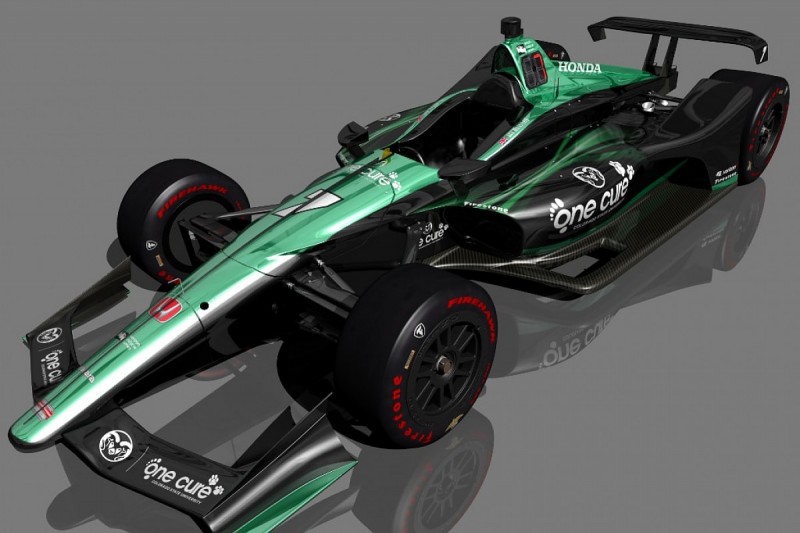 "One Cure's goal is to raise awareness and funding for the Flint Animal Cancer Center to continue the fight against cancer.

"On race day, we will be fighting for something more than just the Borg Warner trophy.

"I also want to thank everyone at SPM and Honda for this opportunity. It will be great to be back with the team."

This is Howard's fourth shot at the Indy 500, his third with Schmidt Peterson.

His collision with the wall in last year's Indy 500 led to his stricken machine launching Scott Dixon's Ganassi into its spectacular crash at quarter-distance.

Howard is expected to test at Indianapolis Motor Speedway next week along with other rookies and refreshers, although a poor weather forecast could change this.