The Finn qualified fourth and was able to keep pace with Ferrari's Kimi Raikkonen before snatching third when Raikkonen spun at the hairpin.

Williams has traditionally erred on the side of caution this season, but after Raikkonen's spin, the team chose to swap from a planned two-stop strategy to a one-stop and did not react when the Ferrari pitted for a second time.

"We had an opportunity to get third and we took it," said Bottas.

"We knew it could be a risk but the team knew what to do and we were right.

"There was not much threat from behind so we could take a bit of a risk, and I'm really proud that we did.

"I thought was really dynamic, so really good job from the team and it was not a bad race from me either."

Williams performance chief Rob Smedley praised the efforts of his team and added it needed to take a risk in order to challenge further up the field.

"In certain areas of our operations and how we go about our weekend we've got to be risk averse, and other times you haven't," he said. 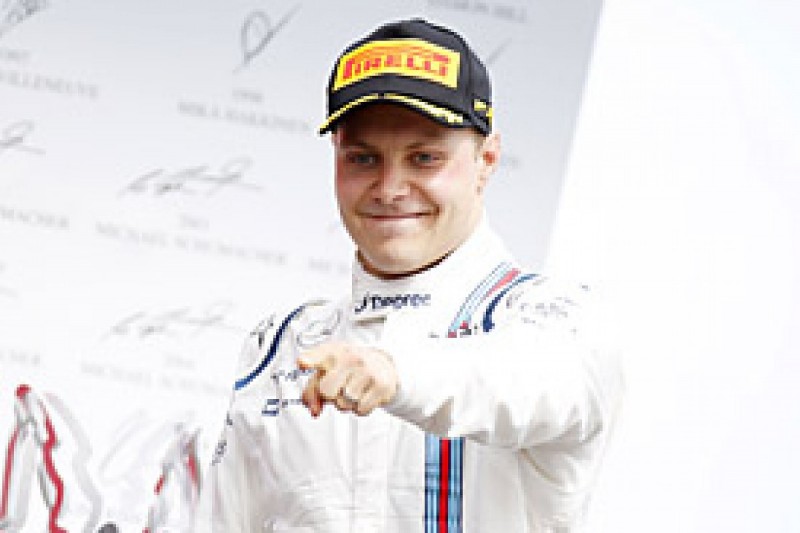 "It's all about risk management. Today we had to take a risk in order to get more points and it paid off."

After Williams failed to score points for the first time this season in Monaco, Bottas said the team's first podium of 2015 was the perfect tonic.

"We really needed this result," he said. "Like last year we saw that it really boosts confidence.

"We know again now that we are a top team and that we can fight for podiums.

"I'm really pleased that we finally got a good result. I'm sure it's a big boost for the whole team."