The Lotus Formula 1 team doesn't understand why it struggled for pace relative to the frontrunners in the Canadian Grand Prix, despite being close to Ferrari and Williams in qualifying

Romain Grosjean and Pastor Maldonado qualified fifth and sixth for the Montreal race, and Grosjean lapped within a tenth of Valtteri Bottas' Williams and within two tenths of Kimi Raikkonen's Ferrari.

But both Lotuses were less competitive in the race, with Maldonado - who was running close behind Grosjean when the Frenchman tagged Will Stevens and was forced to pit out of fifth place - finishing 26 seconds behind third placed Bottas.

After the race, Lotus head of trackside operations Alan Permane told AUTOSPORT he "didn't know" why the E23 was less competitive in race trim.

"It's almost the opposite of normal," he said.

"We were a little surprised by how close we were in qualifying to be honest.

"Honestly, I don't know. I expected to be a bit closer [in the race], but it became apparent very early on.

"It wasn't anything to do with saving brakes, or tyres, or anything like that - we weren't really saving fuel honestly.

"I don't expect we were in much better or worse shape than anyone. 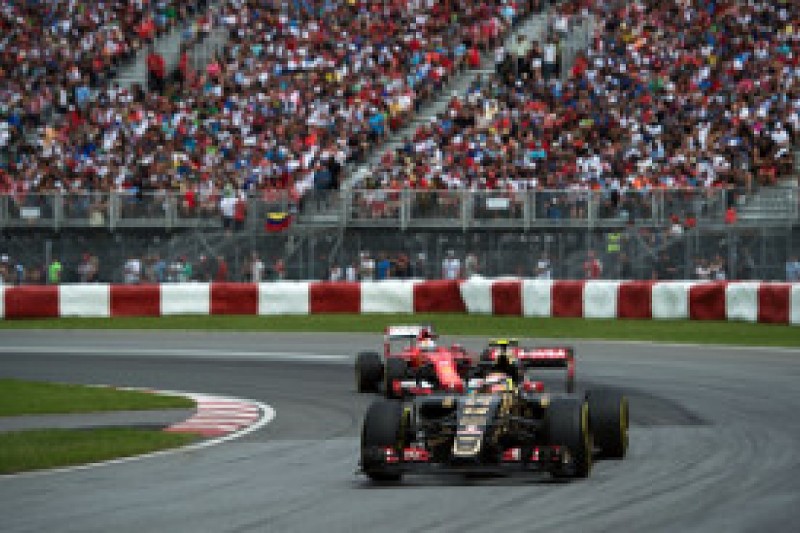 "It's difficult to understand why we were relatively better in qualifying than the race, but we'll have a look and try and understand it.

"It may well be that here we just managed to turn the tyres on well for that one lap.

"We'll probably never really get to the bottom of it, but we'll try and understand it."

Lotus has a history of producing cars that are good at managing delicate Pirelli rubber and most drivers made only one stop during a race that featured low degradation on the soft and super-soft compounds.

But Permane suggested the reason for the E23's lack of race pace might be something more fundamental.

"The degradation was very low - if that is one of our strengths, looking after our tyres in a low deg race, then that isn't going to favour us," he added.

"But even before the deg set in we could see the Williams and Ferrari were going away from us.

"We were nowhere near staying with them, and it wasn't like Romain had any threats from behind.

"We just didn't have the pace of them today.

"[But] we were closer to Ferrari on Saturday than we have been for a very, very long time, and to Williams, and that's with the same engine.

"That's encouraging. We have improved relative to them and we'll just keep plugging away at it."