Brawn quit as Mercedes team principal at the end of the 2013 season, saying a lack of trust in the hierarchy led to his departure.

He has often been mentioned as a contender for a behind-the-scenes F1 role, and in his upcoming book 'Total competition: Lessons in strategy from Formula 1' Brawn confirms he had been offered the chance but was not keen.

"I've been invited to become involved in Formula 1 again and help perhaps shape the regulations or help shape the future of Formula 1," he wrote.

"And that invitation is to get involved in the politics of Formula 1, because that is what it's all about.

"If someone said, 'do you want to come back and do a bit of engineering?' I could be tempted.

"But to have to deal with all the politics of Formula 1, that was probably the side I enjoyed least of what I did.

"And therefore the side that is least attractive to me.

"It is probably the arena I am least comfortable with in Formula 1."

The regulations have been revamped for next season, headlined by wider front and rear wings and tyres, with a view to making F1 cars faster. 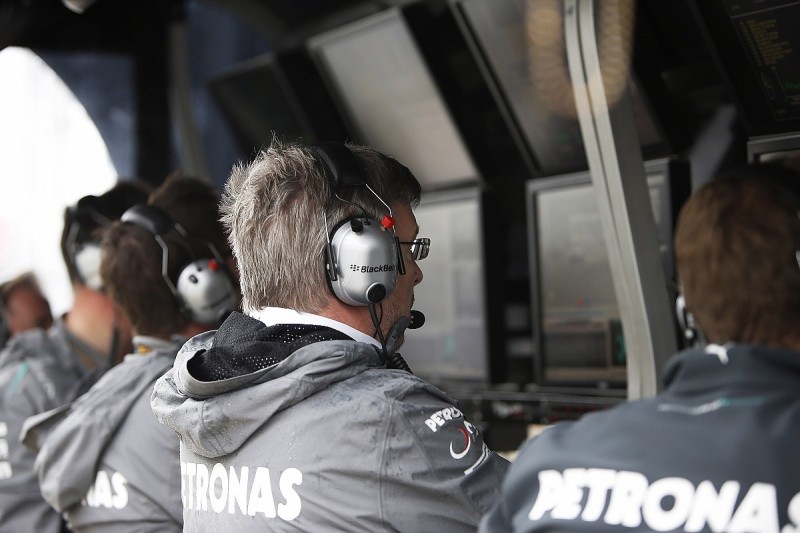 Brawn said F1 bosses have been too focused on trying to find an instant solution to its problems rather than working out a long-term plan.

"Where Formula 1 has struggled is in the short-term thinking," he said.

"I was approached by someone from within the sport to give some views on where Formula 1 might go.

"I set out my thoughts and I gave my views and they said, 'Yes but that's three years away. We need a solution now'.

"I said 'There isn't a solution now. The inertia of Formula 1 is such that you will be sat here in three years' time and not having moved forward.

"That was two years ago."

Brawn highlighted the engine situation, where aspects of the regulations including price and performance convergence were long debated after the V6 hybrids were introduced, as an example of an ineffective introduction of rules.

"It's interesting to have engines as part of the technical challenge, given that we haven't had it for so long," he said.

"But the genie was let out of the lamp with insufficient constraints, particularly financial, and it's gone berserk.

"Now I gather there is going to be no constraints on engine development, so goodness knows where that is all going to end up."

Total Competition: Lessons in strategy from Formula 1 by Ross Brawn and Adam Parr, and published by Simon and Schuster, is out on November 3 in the UK