The reigning world champion had been scheduled to try the new-for-2017 rubber for the first time last week at Barcelona, but he suffered some discomfort in his foot in training the day before.

Speaking ahead of this weekend's United States Grand Prix, Hamilton explained he has suffered with the problem, caused by running, all season but was now feeling the best he has all year.

"I had an injury that I had generally been carrying all year long, actually in both feet, just induced by running.

"The physio said it takes a lot of stretching and heals over a long time.

"I woke up in the morning [before the test], I was feeling quite a lot of pain the day before and it hadn't diminished.

"The most important thing was to be fresh for here and feeling better for here.

"It's literally the first week it has felt good."

Hamilton, who has suffered a spate of mechanical problems this year, trails Mercedes team-mate Nico Rosberg by 33 points with 100 remaining in the final four races.

When asked how he would feel if he loses out to Rosberg, Hamilton replied: "I will try to take it like a man, you can't win them all.

"Look at all the world champions in the past who have won championships and lost championships, it is part of the game.

"I am in a position now where there are still a lot of points available, so I'm going to give it everything I've got and I still have the belief that everything is possible. 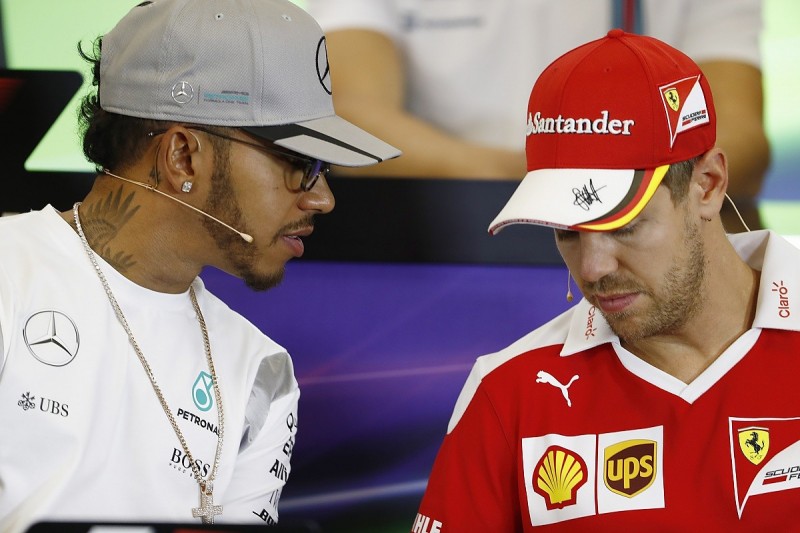 "Then I move on once it is decided and it happens.

"All I can do is shape the future which is next year.

"Life will move on, we go into next season and hopefully come back stronger."

Both Mercedes drivers have suffered with bad starts this season, Hamilton in particular, with the team even altering their gloves in an effort to cure the problems.

Hamilton is hopeful he is in a better position this weekend at a track where he has won three times in four attempts.

"It has been an on-going thing," he said.

"All year-long there has been a lot of changes, a lot of work, perhaps more than in other areas.

"I was at the factory last week, we were working hard to cover off all areas.

"I definitely feel we're in a better position so fingers crossed for Sunday."