Speculation emerged on Sunday at Monza that Gasly would be replacing Kvyat, with Marko being told by TV crews that the Frenchman had said it was happening.

But Marko quashed the speculation as he said: "Kvyat will definitely be in the Toro Rosso in Singapore. Also for the rest of the season.

"I have to check on this story because I'd just heard it here for the first time, and I can't imagine that Gasly is so stupid to make such comments."

Gasly added on Twitter: "Better to make it clear now, never said I would replace Daniil in Singapore, just said that I hope to get my opportunity in F1 asap. #rumour"

Marko has also dismissed any possibility of a free practice run this year for Gasly, who leads the GP2 standings by 10 points with two rounds remaining in Malaysia and Abu Dhabi.

"We are deciding who is sitting in the car, and he also won't be in the car on a Friday," Marko added.

"He will be in the simulator on a Friday, but not in the car."

With Carlos Sainz Jr under contract for next year, there is only one seat available at Toro Rosso and there has been no decision on whether Kvyat will stay, with the Russian already demoted earlier this year from Red Bull.

But Marko said he sympathised with Kvyat for the amount of bad luck the Russian has suffered this year, and that it meant it was too soon to decide on his future.

"When we have enough information, enough knowledge about Kvyat [we will make a decision]," he added.

"At the moment he has had so much bad luck on the technical side, on the sporting side, so it wouldn't be fair to judge it." 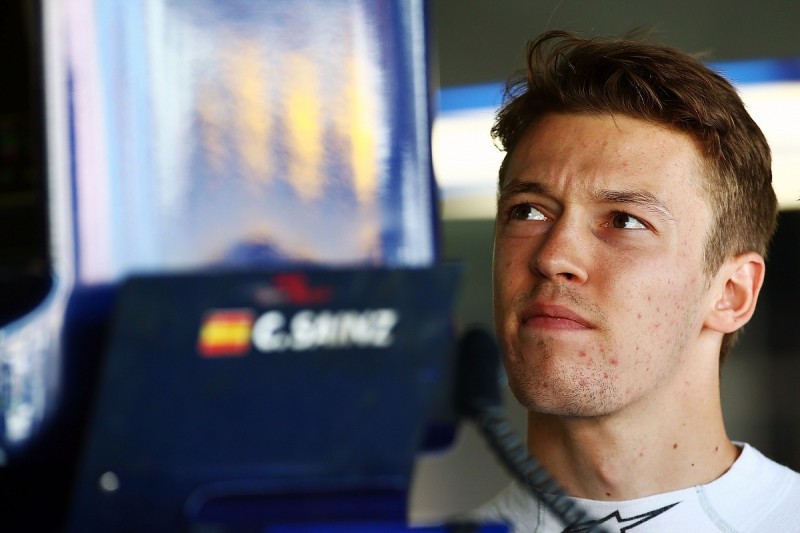 Kvyat struggled again at Monza, with the Russian retiring after sustaining damage to the floor in an incident on lap one through the first chicane.

Asked for a response to the Gasly rumours, Kvyat said: "I think he [Marko] explained it well enough, so it's fine.

"There are many options and so on, blah blah blah, contracts and stuff.

"Let's just wait and see. When the time will come we will talk about everything behind closed doors.

"We'll see how we'll get on and I will have more information after that.