Ferrari's final step back to becoming a Formula 1 world champion again will be the hardest, admits Sebastian Vettel

Though Ferrari made a huge improvement in 2017 to go from a winless '16 F1 season to challenging Mercedes for the title, it has still not taken a driver to the championship since Kimi Raikkonen's 2007 success or won a constructors' crown since '08.

Vettel believes Ferrari can carry its momentum from last year into 2018, but acknowledged going from underdog title challenger to being capable of ending Mercedes' four-season run of championship doubles was another step.

"Obviously the regulations stay roughly the same. I think we have a good and healthy platform to build on at the beginning of the year so I hope we can continue," said Vettel.

"There's a lot of work going on already and for the last couple of months focusing on next year, trying to make the car faster, with more power into the power unit, and then we'll see where we are." 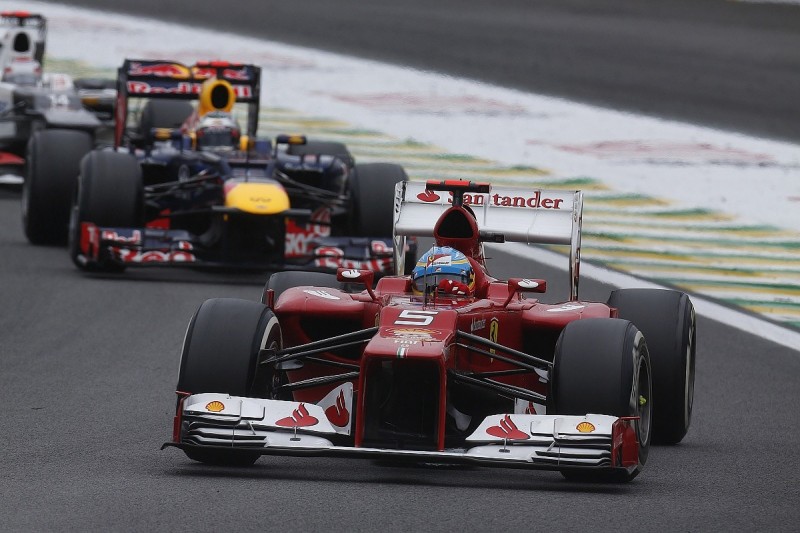 Prior to 2017, Ferrari had not been in a championship fight since Fernando Alonso's 2010 near-miss and his shock title shot in '12 (above) in a car that was rarely a match for the frontrunners.

It was the first time Vettel had been a title contender since the last of his four straight successes with Red Bull in 2013.

"In the end as a driver you want to win, and obviously when you are competitive at the beginning you don't know if it will be enough to fight for the championship," he said.

"Usually it's a no-brainer: if the car is quick and you are doing your job well then as the season progress it will lead you to good news or bad news.

"For the most of it I think it's been good news.

"There were a couple of weeks that were quite painful for us, but overall it's always great if you have a package that you can take to the fight."