Sebastian Vettel and Kimi Raikkonen finished a distant third and fourth to Mercedes drivers Nico Rosberg and Lewis Hamilton at Monza, opting for a two-stop race while the reigning champion team stopped its cars just once.

"I was hearing straight after the race some comments that maybe one stop was the better strategy," Arrivabene told reporters in the Monza paddock.

"I was laughing about this with our engineers.

"You have to protect yourself if you go for one stop. We were doing the opposite, we were aggressive.

"If we did the same strategy as them, we were [going to be] 11 seconds slower than we were.

"So we were on the faster strategy." 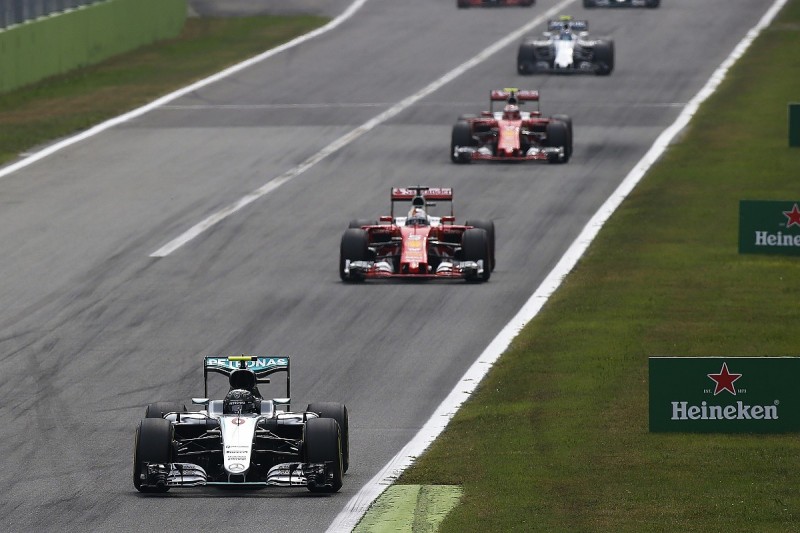 Vettel, who finished six seconds ahead of Raikkonen to be the only Ferrari driver on the podium at its home race, believes the team got everything it could out of the afternoon.

"We knew it would be tough against Mercedes and it has been," he said.

"But we've done a great job, finished third and fourth which is the optimum we could get.

"We had a different strategy, we had fresher tyres at the end so it was expected that we would be quicker and catching up.

"But it was not enough to put them under pressure.

"We extracted our best race and it has been a while since that's been the case."

Vettel challenged Rosberg for the lead at the start as Hamilton made a poor getaway from pole, but he said it was inevitable that the championship leader would come back through.

"Lewis did one stop less so it was clear he would be ahead," added Vettel.

"The problem was he was too far ahead. We weren't quick enough to catch up.

"We had good pace, but [the result] was expected - they are quicker in race pace and in the end the result was fairly clear."