Undeterred by the power deficit it faces against its main rivals, the team is leaving no stone unturned in its effort to ensure its chassis is performing as well as it can.

One of its main areas of change has been in the bargeboard area, which is now incredibly complex.

The new-for-2017 regulations offered F1 designers a way of expressing themselves more freely in this region of the car.

Red Bull has made the most progress in this respect, given that it started with the least complex bargeboards on the grid in 2017 and has had to incrementally add layer after layer of complexity to improve the car's overall aerodynamic output.

The latest changes, as detailed in the animation above, have featured additional turning vanes being added to the serrated footplate and the existing vanes have all been modified to complement them too.

Changes made in this area of the car are often paired with ones up and/or downstream too, as the team looks to unify the flow structures in order that an overall uplift in performance is achieved - which gives drivers the faith to push the car harder.

In this respect the update is a further optimisation of what was first introduced in Spain, when Red Bull added three additional strakes on the leading edge of the floor, documented with some of the other changes in the 3D animation above. 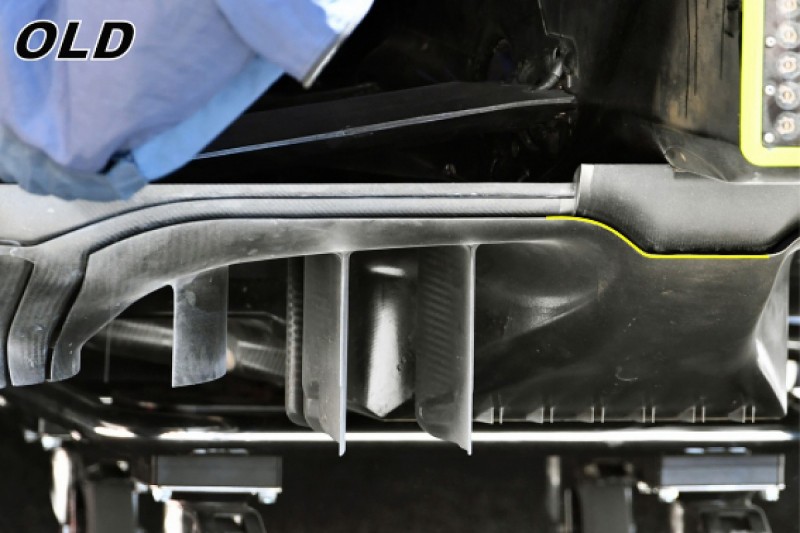 As part of the French GP update package, the diffuser was also modified, with the central section becoming the focal point of this particular update.

The formally square profile of the transition has been discarded in favour of a more gentle geometry, with the flapped section above altered to suit. 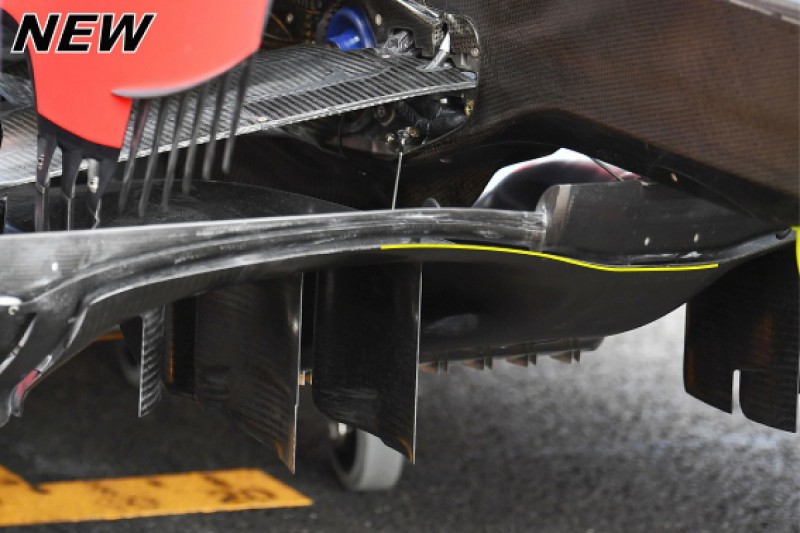