Ferrari has implemented a radical nose idea on its 2022 Formula 1 car that could give it the edge in being able to rapidly develop its challenger this season.

Ferrari has constructed a ‘modular’ nose concept on its newly-revealed F1-75 – something which has never been seen in F1 before.

Rather than having a single nose section, Ferrari has split its design in to two separate elements.

Towards the main chassis, there is the structural element (outlined in red) that is homologated to pass the mandatory FIA crash tests – which Ferrari duly passed back in December.

However, forward of that is a complete separate part of the main nose profile that runs down to attach to the front wing. This can be seen in yellow in the image below. 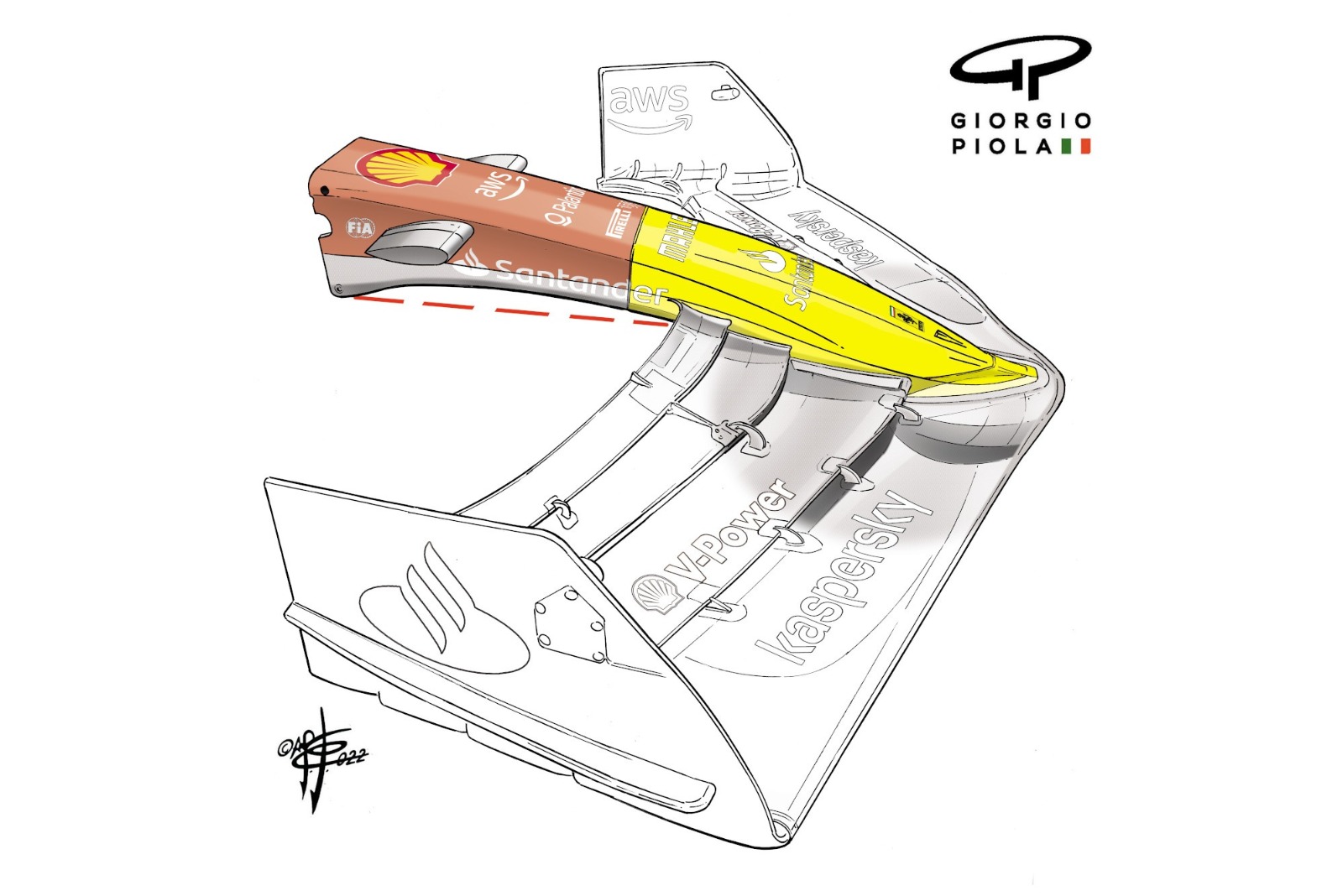 Having this element separate to the homologated part means that Ferrari is offered more freedom to be able to change and modify it without needing to go through the lengthy and costly process of fresh crash tests.

The modular design will allow it to react much quicker in terms of upgrades or tweaking the design – ahead of a season where F1 teams are expected to embark on a massive development push.

There could also be advantages from the shorter front element in being able to change the front wing in races if there is damage.

As well as the radical modular nose, Ferrari has also adopted a very different design of front wing.

Rather than doing what other teams have done, with a relatively short mainplane element at the front, Ferrari’s design is much wider.