Fernando Alonso believes McLaren can fight for top five finishes and possibly challenge Ferrari at certain races before the end of the 2016 Formula 1 season.

Both McLarens finished outside the points in the Italian Grand Prix at Monza, a result Alonso said was expected because of the high-speed nature of the circuit.

But with Honda's weakest race out of the way, Alonso believes "good times are coming".

"We didn't have the pace today to be in the points," said Alonso, who finished 14th with team-mate Jenson Button 12th.

"But we knew - we expected this coming here, so it was just a confirmation.

"From Singapore [next race] we should be in the points regularly with the performance of the car we have now.

"Some races, like Austin, Abu Dhabi, we can be in the top five fighting with Ferrari I hope.

"From Singapore onwards a different championship will start for us.

"The car seems quite competitive so we can be comfortably in the points.

"We know what we are doing, we know our weakness, we know the strong points of the car.

"There are some races coming now that should be good for us so we need to execute them perfectly and maximise the points." 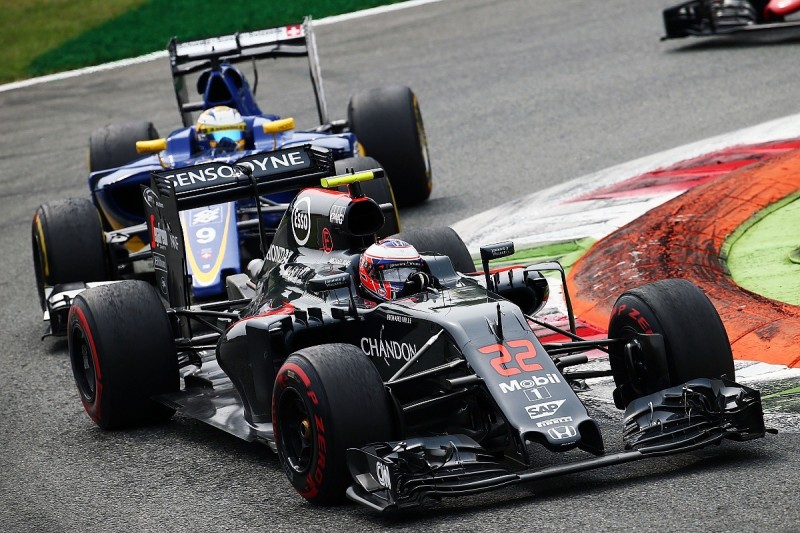 While Alonso felt little was possible for McLaren at Monza, Button - who passed the Spaniard on a recovery drive after a disastrous first lap - believes he had one of his best races and a points finish might have been realistic.

"If I didn't go off on the first lap - I was forced off at the first Lesmo by a Sauber - we could have challenged [Nico] Hulkenberg for a point.

"Singapore will suit us more, I think we'll struggle with traction but to be that close to the top 10 here wasn't too bad.

"There were some good fights, it felt like the pace was there and I feel like I did a damn good job today.

"On the first lap I just made too many mistakes that I shouldn't have, but the rest of the race was good - very happy with my performance which was one of my best races."