The Haas Formula 1 team has been fined €10,000 for the unsafe pit releases that led to Kevin Magnussen and Romain Grosjean's Australian Grand Prix retirements.

Magnussen and Grosjean were running fourth and fifth in Melbourne prior to the first pitstops, having shared the third row of the F1 grid, but both cars retired on their out-laps.

Though no official reason for the retirements has been given, the FIA stewards have ruled that both cars were "released in an unsafe condition", suggesting the wheels were not correctly fastened.

Television footage of the pitstops showed mechanics expressing concern as each car was released.

The stewards imposed two €5000 fines, one for each incident, but noted "the team ordered the car stopped immediately, and the driver stopped as fast as he safely could".

Magnussen, who had been fending off Max Verstappen early on before the Red Bull spun while chasing him, admitted the early retirement was "heartbreaking" given Haas's form this weekend.

"A very tough one to swallow for the whole team with both cars not finishing in such good positions and with so much anticipation coming up to this race," he told Sky Sports F1.

"We'll get on top again and we'll fight back and do it all again."

Grosjean moved up to fifth behind Magnussen following Verstappen's spin and was successfully resisting the second Red Bull of Daniel Ricciardo heading towards the stops.

"Today I had great pace. I'm sure I could've stayed a bit more with the frontrunners if I'd been in front of Kevin early in race," said Grosjean.

"We will analyse everything and understand what happened and come back strongly as we always do.

"We didn't have any problems in winter testing so it's strange.  "It's a lot of points lost today but if we can repeat that performance we'll forget this very quickly." 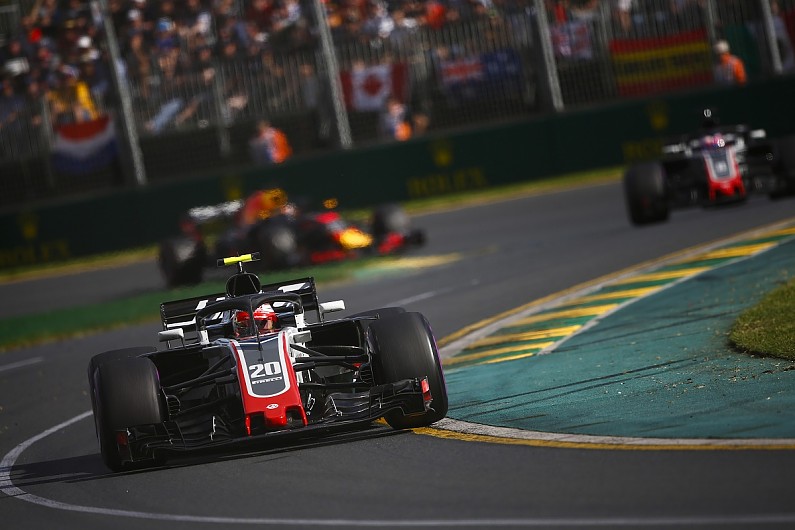