Sebastian Vettel believes Ferrari's 2018 Formula 1 car is not currently "a true match" for Mercedes, despite having beaten Lewis Hamilton to victory in the Australian Grand Prix

Vettel and team-mate Kimi Raikkonen had been unable to challenge Hamilton in Melbourne qualifying, both finishing almost seven tenths off the reigning champion.

But a different strategy coupled with a fortuitously-timed virtual safety car interruption in the race allowed Vettel to jump from third to first in the order, and he duly held off Hamilton for victory.

Vettel conceded he was "a bit lucky" to win, as he admitted Ferrari was not yet where it wanted to be.

"If you look at the gaps the whole weekend, we are not yet a true match [for Mercedes]," he conceded.

But Vettel admitted it was a different situation now, and that this Sunday's victory came as more of a surprise.

"Last year we had more pace relative [to Mercedes], last year we were putting them under pressure," he recalled.

"Even though Lewis was in the lead we managed to put him under pressure, so he was forced to pit and we benefited from that, because we had the speed.

"Today I think we didn't have the true race pace to match them. 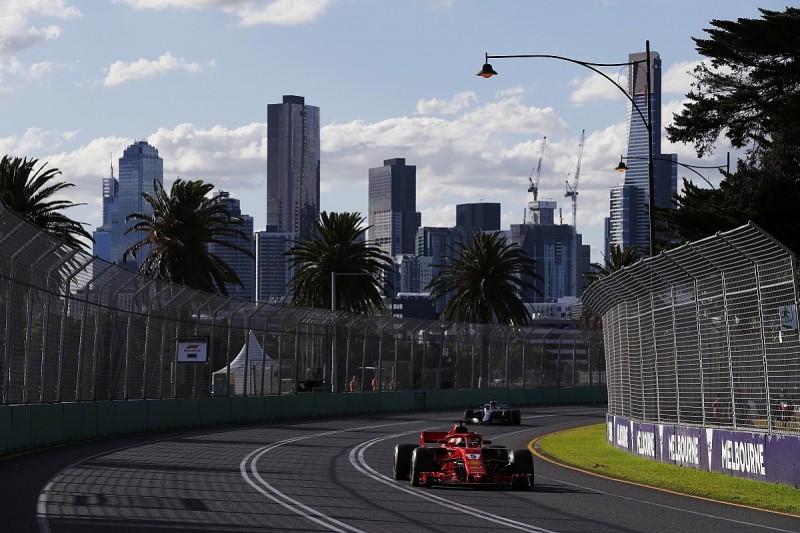 "We still had enough pace to stay ahead and make it very difficult for him to be close and try to do something, and compared to the others it didn't look like there was a whole train behind us too, so I think we had some decent pace."

Having initially "lost connection" with Hamilton and team-mate Raikkonen in the first stint - before running longer and pitting under the VSC allowed him to leapfrog both - Vettel said he was not yet fully confident with the SF71H.

"I think the car has huge potential, but I'm still struggling a little bit," he said.

"I want the car to be spot on when I hit the brakes and turn in, and in that window I'm not yet happy.

"So, it's always sort of a compromise, because it's our job to drive around the problems that we have.

"Not a big drama, I think we can live with it, but I feel also if we can get on top of that, feel more confident - at a track like here, when you have confidence, it makes a big difference.

"Today was quite windy, very gusty, I always tried to push but equally tried to be a bit safe and didn't want to throw it away - and that's exactly what makes the difference.

"When you have the confidence and you trust the car, you don't think for a second, you just go out and do it."